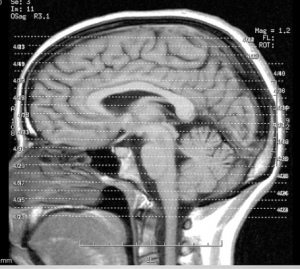 Who would have thought that modern science could develope a brain stimulation with actual brain cells in a petri dish? Well researchers led by Doctor Rudolph E. Tanzi have done just that.  They have made substantial steps in the field of medical brain research specifically in the Alzheimer’s research field. Rudolph E. Tanzi is a prominent neuroscientist at Massachusetts General Hospital in Boston. One of Tanzi’s colleagues and also a neuroscientist, Doo Yeon Kim, suggested that they grow brain cells in gel. From this suggestion researchers under Tanzi’s lead created a brain scenario in a petri dish and then gave this model Alzheimer’s disease. Tanzi and his group took embryonic stem cells, which have the potential to become any type of cell in the body, and grew them with a mixture of chemicals. Said chemicals cause the stems cells to become neurons, which they then gave those neurons Alzheimer’s genes and were all growing in a commercially available gel in a petri dish. Those genes then caused plaques and later tangles which are indicative characteristics of Alzheimers. Dr Tanzi was quoted, “Sure enough, we saw plaques, real plaques…We waited, and then we saw tangles, actual tangles. It looks like you are looking at an Alzheimer brain.” This manufactured real Alzheimer’s brain stimulation opens new doors for research that was hindered because previously on mice with imperfect formsof the human Alzheimer’s genes. Doctor P. Murali Doraiswamy of Duke University states, “It could dramatically accelerate testing of new drug candidates.” Although the Petri Dish Model lacks some real life qualities it can still be utilized as a start for quick, cheap, and easy drug testing. Doctor Sam Gandy of the Icahn School of Medicine at Mount Sinai in New York states that the new discovery is, “a real game changer.” Tanzi is now starting to test 1,200 drugs on the market and 5,000 experimental drugs, a project that was impossible to perform on mice. Tanzi also wishes to test a protein, amyloid, that clumps into the plaques. He found an enzyme, that when blocked prevents tangles from forming. Dr. Gandy wishes to use the the system to study the influence of genes, such as ApoE4, which contributes to about 50% of Alzheimer’s cases. Dr. Doraiswamy of Duke stated, “The lack of a viable model for Alzheimer’s has been the Achilles’ heel of the field.” Tanzi’s model is the first step towards defeating this “Achilles’ heel” which opens infinite new doors in the research of finding new medications to cope with the devastation of Alzheimer’s disease.