Oncologists are moving toward a future in which cancer treatment is customizable and specific to each patient. This is achieved through genomic testing. 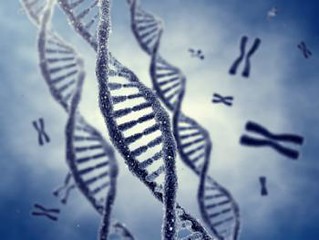 As genes differ from person to person, the information from genomic testing is unique to each. This speaks to what we’ve learned recently in bio class about how cellular mutations cause cancer. Changes to the DNA of a cell, specifically to genes that control the cell cycle, could result in oncogenes. But, I digress. The drawback of this type of treatment is that oncologists are met with so much information that it becomes not useful,  making the treatments less personal than they should be.

The reason for this is due to the inability to identify which test will be most useful for each patient. When genetic data is obtained, what it means for the patient isn’t exactly clear. The example given in an article by Andrew Ip states that “several inhibitors of the enzyme anaplastic lymphoma kinase (ALK) have proven effective in treating lymphoma, non-small cell lung cancer, and neuroblastoma, while other findings suggest one of the inhibitors can treat pediatric oncology patients”. Although information was found from research specifically for ALK, it appears that much more is affected by these inhibitors making it less “personalized” than intended.

Another reason as to why genomic testing is so difficult is accessibility. It can be difficult to get the treatments to patients due to health insurance limitations. In another instance, according to Andrew, “oncologists in community settings … had difficulty handling tumor samples, faced long turnaround times for laboratory tests, and had limited access to targeted therapies. To make it more difficult, next-generation sequencing results are often provided as a pdf, which cannot be digitally integrated with a patient’s electronic health records”. It appears altogether that oncologists are hindered by the lack of seamless integration of genomic testing into daily scenarios.

Although it appears that oncologists are overwhelmed, there is progress being made to support them.

At the Hackensack Meridian Health John Theurer Cancer Center, where Andrew practices oncology, genomic testing was put into action. An ill patient had two separate biopsies done, and the findings of both contrasted each other greatly. One specified that the cancer identified was incurable, while the genomic sequencing depicted the cancer as curable. The patient was treated with chemotherapy and made quick improvement.

This isn’t all. A new database to which will aid oncologists in using the genomic results, cancer types, cancer medicines and patient outcomes is being built there as well.

In order to fully take advantage of genomic sequencing, companies are turning toward artificial intelligence. The goal is for AI to be able to use information from genomics, drug trials, patient demographics, and past scientific research to provide its own efficient course of action. This is called a clinical decision support system or CDS. IBM Watson was to be a CDS but did not suffice.

Until then oncologists take what Andrew describes as a “holistic approach to care”. This involves working with multidisciplinary teams made up of radiologists, pathologists, medical oncologists, radiation oncologists, and surgeons. Altogether they are known as molecular tumor boards. It’s fascinating to see just how much goes into making cancer care especially personalized to each patient. 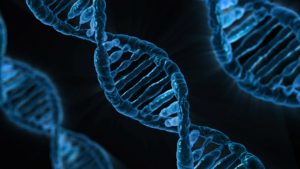