Over the years, as scientists attempt to fathom life on other planets, water has been the focal point of their searchings. Humans can only live about one week with out water, while other animals, such as dogs, can only live about three to four days with out water. Therefore, it is logical for scientists to deduce that for there to be life on other planets, there must also be water.

Recently, a unique “martian meteorite” was found in Northwest Africa. It is the first meteorite found that contains “substantially more water“. Also, it is “in a a class in itself” concerning its chemical make up. Scientists speculate that the “martian crust” came from Mars, as it resembles rocks and soil previously found on Mars. The differences scientists have found between this new meteorite, labeled Northwest Africa 7034, suggests that Mars may be more diverse than expected. 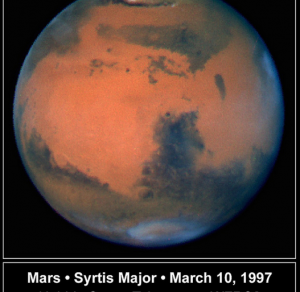 There is the possiblity that the meteorite was contaminated by water on Earth, though scientist Derek Sears maintains that “it doesn’t look like terrestrial water”.

Either way, Northwest Africa 7034 is an interesting new discovery and has helped to build upon our knowledge of the universe around us. The thought that there are still so many things we have yet to discover is exciting.