This post will focus on the incredible life of Dr. Percy Lavon Julian (1899-1975), an African-American chemist whose groundbreaking work with steroids allowed them to be mass-produced cheaper and developed hundreds of treatments and new technologies. Julian was born the son of a railway clerk and the grandson of enslaved people in Montgomery, Alabama, As such, he faced extreme discrimination and challenges in all aspects of his life, especially in his education. Against all odds, he was accepted and graduated as the valedictorian of DePauw University in Greencastle, Indiana. From there, he was awarded an Austin Fellowship to Harvard University where he furthered his education in chemistry. However, due to his race, he was not allowed to pursue a doctorate at Harvard, so he traveled to the University of Vienna in Austria in order to complete his doctorate and continue his research.

An Example of Chemical Synthesis

It was at the University of Vienna where Julian really dove into the chemistry of plants as well as synthesis, a passion that would lead to many groundbreaking discoveries. After being granted his Ph.D. from the University of Vienna, Julian returned to DePauw University as a research fellow where he made his first of many significant breakthroughs using synthesis. He and a fellow Viennese colleague synthesized physostigmine, a compound from Calabar beans that is vital in treating glaucoma. Since chemical synthesis (the process of turning one substance into another through a series of planned chemical reactions) was the most popular topic in chemistry, Julian was hurtled to the top of the science world. In fact, in 1999, the American Chemical Society denoted their work as a “National Historic Chemical Landmark.” Despite this revolutionary breakthrough that helped many people, DePauw University refused to make Julian a permanent faculty member due to his race. Julian quickly became frustrated with the world of academics and instead became the director of research at the Glidden Company.

It was at the Glidden Company where Julian made his most significant discoveries through soybeans. While researching how to synthesize Progesterone, a female sex hormone that is important in preventing miscarriages in pregnancies, Julian discovered that water had leaked into a vat of purified soybean oil and had produced a white mass. Julian quickly identified this white mass as stigmasterol, a compound that is extremely important for synthesizing progesterone, and realized he had discovered a way to cheaply mass-produce progesterone. This dramatically reduced the price of this important hormone and made it much more accessible to people all over the world. This was not the only amazing work that Julian did with soybeans, among his other achievements, he discovered a way to cheaply produce synthetic cortisone, a “miracle” drug that had significant effects on rheumatoid arthritis. Before Julian’s research, this drug was extremely expensive and therefore inaccessible to some people. Julian’s synthetic cortisone alleviated the pain and suffering of people all over the world. Julian did not only discover ways to synthesize steroids while at Glidden. For example, a protein he extracted from soybeans was used to produce a fire-retardant foam that saved thousands of lives in World War II.

In 1954, Julian left Glidden in order to start his own company called Julian Laboratories which cheaply produced steroids to sell to pharmaceutical companies. Julian was found to be as capable an entrepreneur as a scientist, making millions from selling his company. Despite Julian being named “Chicagoan of the year” and his incredible achievements, he faced significant discrimination both in his professional and personal life, having his home firebombed and being repeatedly held back from the best resources. Despite all of this, Julian left a tremendous legacy of groundbreaking work that allowed for the cheap production of medicine and a legacy as the man who broke the color barrier into American industrial science. At the time of his death, Julian had more than 100 patents to his name, 18 honorary degrees, and more than a dozen science and civic awards.

The Unsung Heroes of our Scientific World

As I scrolled through my Instagram feed, I stumbled upon a moment in time that left me awe-struck: the unsung heroes of our scientific world. In this post, I learned about the contributions of African American women who have undoubtedly shaped our world yet have not received the proper acknowledgement they deserve. Why have their influential fingerprints been overlooked? In spite of the gender and racial oppression these brave women have painstakingly endured, their stellar contributions continue to stand the test of time.

For starters, I would like to address a crucial challenge that our world continues to grapple with- the fight against gender discrimination. The transformative world of science predominantly teaches us about the achievements of white men and their everlasting impact and revolutionary discoveries, while we rarely hear about the similar accolades of women, specifically women of color. Their triumphant stories and novel discoveries are left out of science textbooks and medical journals; they are left only with an occasional appearance in an obscure footnote. As a result, their historical accolades are essentially being written by white men idolizing white men. Devoid of fame and public recognition, women rarely dominate the storyline, rendering an outdated tale where white men set out to make scientific history as they strut their self proclaimed efforts for all to witness. Sadly, behind every leap and discovery lies a multitude of budding female scientists who do their part to break the code.

In spite of gender and racial oppression that African American female scientists have painstakingly endured, their stellar contributions continue to stand the test of time. However, over the ensuing years, the work of only a select few unsung heroes has finally been highlighted. This recurring theme of gender inequality needs to change as we reveal the hidden truth to the innovative discoveries that we have all come to know and appreciate. For starters, Professor Wangari Maathai was the first African woman to win the Nobel Prize as a result of her sustainable development campaign that planted over 30 million trees. In the world of applied mathematics, Dr. Gladys West analyzed satellite data and created a detailed model of the Earth’s Surface that was a key contribution to GPS technology. Katherine Johnson was a mathematician at NASA who calculated and guided the flight path of the first American spacecraft reaching the moon. Moreover, African American women have continuously impacted the medical field as Alice Augusta Ball invented the “Ball Method”: the first effective treatment for Leprosy. Dr. Marie Maynard Daly was the first black woman in the US to earn a PhD in Chemistry, who used her progressive scientific knowledge to uncover the missing link between cholesterol levels and cardiovascular disease. With these impressive achievements in hand, it is high time that we recognize how these powerful women collectively personify the oppressed and serve as a painful reminder that we need to speak up for this silenced group. 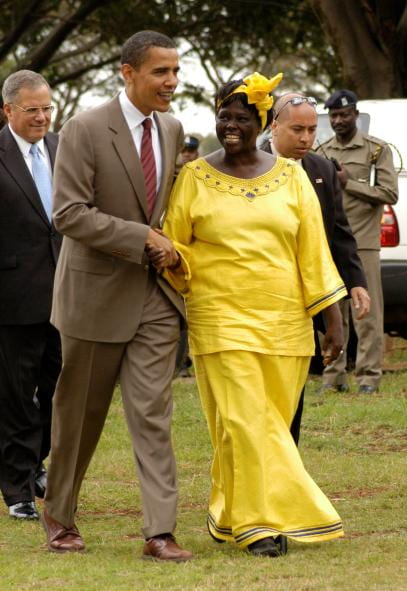 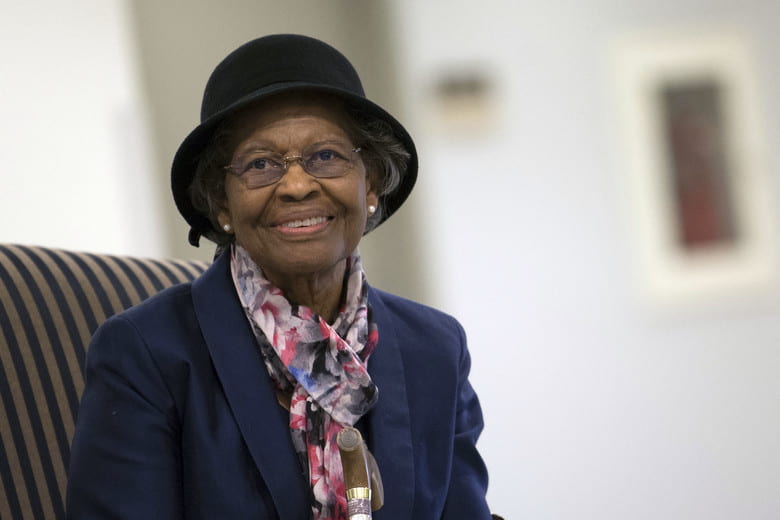 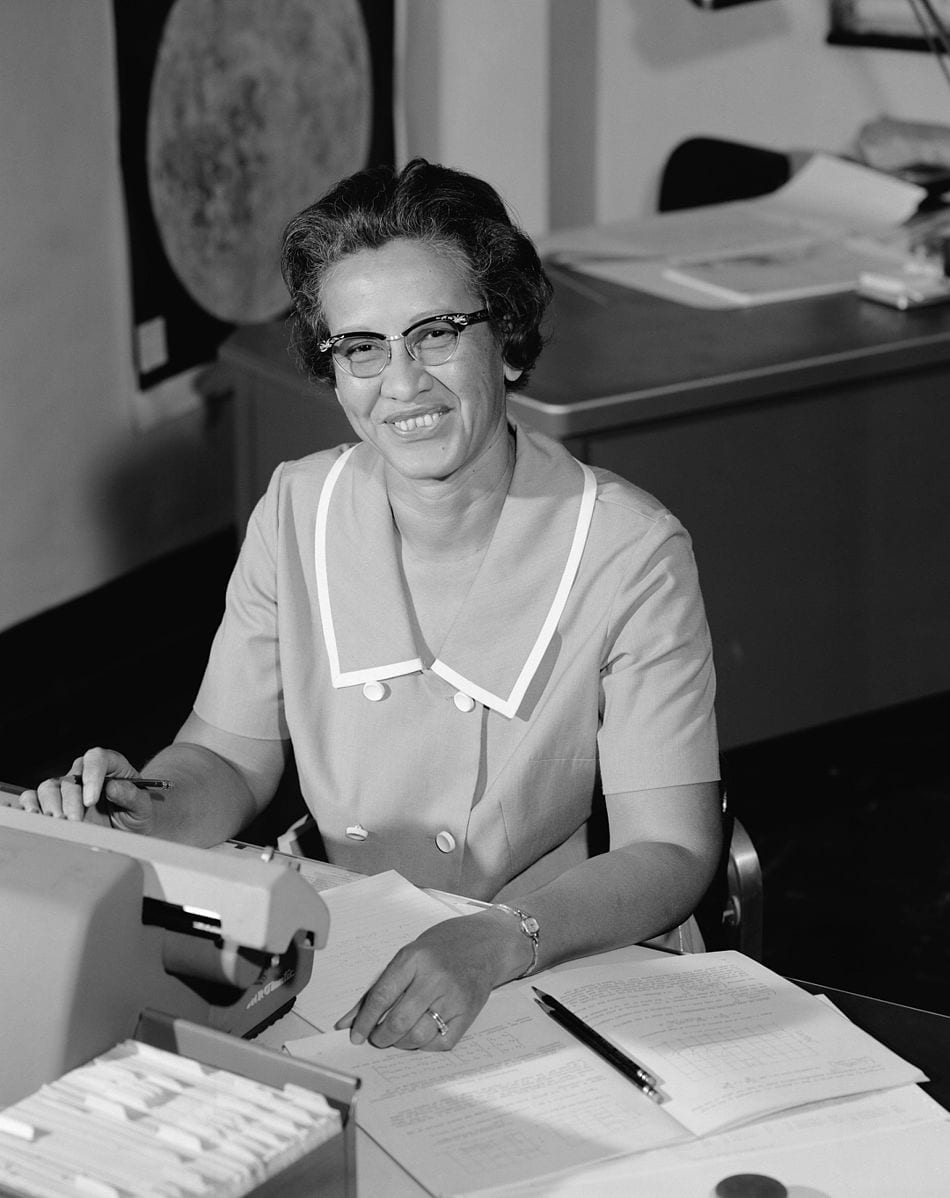 Katherine Johnson at Nasa in 1966 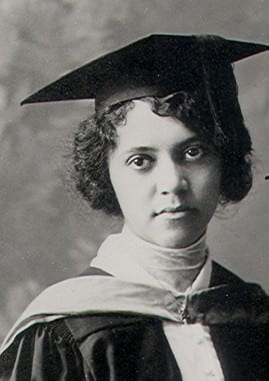 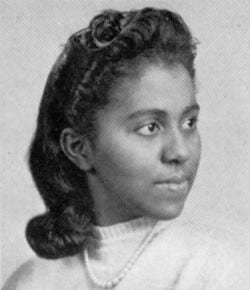 Today, we must actively recognize the herculean efforts set forth by this marginalized community, who have fearlessly paved the way for a new generation of scientific warriors to bravely follow suit. Today, empowered women dominate high powered industries across all walks of life. Not only will our newfound remembrance offer these fierce and brilliant women the notable recognition they deserve, but it will allow us to use their personal accounts as treasured lessons that inspire young women to join in. As an aspiring woman in STEM myself, these women have truly paved a path for my future endeavors. With these impressive scientific leaders at the forefront, we must call our meaningful conversation to action and finally shed light on the groundbreaking work of these noble women.

I have linked additional resources that dive more in-depth about each one of these remarkable individuals’ achievements so that you too can learn about their everlasting mark on the scientific world.