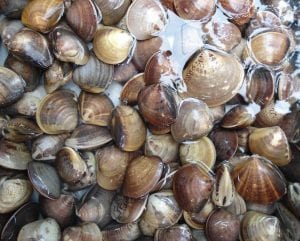 A certain purplish-blue banded snail was rediscovered after initially deemed extinct by the general scientific community, stirring up the minds of the many who continue to debate the effects of climate change and what living things directly suffer its consequences. Firstly declared extinct by a highly regarded Seychelles mollusk expert, Dr. Justin Gerlach, the snail’s reclassification has caused backlash in the scientific community. With such a confident course of action in not only the declaration of extinction, but also the citing climate change as the primary reason, it is understandable and necessary that scientists should view this case with scrutiny and care. Gerlach attributed an insufficient amount of rainfall to the snail’s extinction, which he suggested was in direct association with climate change. Not alone, other scientists also backed his claims, agreeing that climate change caused immediate ramifications for this banded snail.

However, with the rediscovery of this snail, it is now essential not to overestimate the weight of climate change when discussing extinction and habitat loss, although we know climate change is a very real and growing concern. According to the UN’s panel on climate change there are more than a few other factors that can impact a species that can also sit in the shadow of climate change in inappropriate manners. It is irresponsible to use climate change as a scapegoat in certain situations, as it can prove to be detrimental in the future when in hindsight it may not have been the primary causation of a species decline. The UN panel provides us with data that reinforces the notion that mollusks suffer from extinction based on factors like pollution or invasive species. As Bjorm Lomberg suggests “climate change is a real problem, but the way it is increasingly blocking sensible thinking is depressing.”

As for the future, the rediscovery of this species can hopefully serve as an example of the disillusionment that can arise from a hyped phenomenon. Yes, climate change is one great problem, but it is one of many, and we must hold ourselves accountable to where our conclusions derive from. The only current certainty is that we have to do a better job at limiting these debilitating  factors.