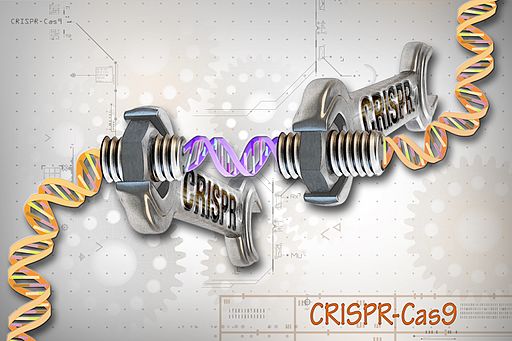 The Impact of Newfound Generalized Taste Buds in Mice

According to this article about how taste buds work, taste buds are composed of cells that are structural, and cells that are chemical receptors. The surfaces of the receptor cells have proteins that bind with the chemicals that cause our perception of taste. As you all (should) know, the tongue does not actually have different sections for each flavor but instead, it has many different types of receptors that are stimulated by certain chemicals in food. The different reactions of receptors, which recognize bitter, sweet, sour, and umami flavors, are determined by specific genes in the DNA (It’s important to take note that the production of certain proteins and certain sequences of the DNA will even affect something as “simple” as taste). The receptor for salt, aka the epithelial sodium channel, functions differently from these receptors. It is basically a membrane that allows ions of sodium to permeate into specific cells.

An article (source article) from sciencenews.org reveals the findings of a research project that resulted in the discovery of generalized taste buds in mice that have the ability to taste four of the five flavors that these cells can recognize. These flavors include bitter, sweet, sour, and umami. The traditional belief in taste bud functionality is that taste buds only sense one or two specific flavors. Although mice possess both types of taste buds, the new research shows that clearly, the process is not as simple as just sensing specific tastes. Another article from sciencenews.org explains an experiment that demonstrates how taste is not just dependent on the taste buds themselves, but the brain plays a significant role in taste reception. In this experiment, certain receptors in the brains of mice were stimulated while the mice were drinking normal water. This caused the mice to react as if they were tasting sweet or bitter substances. The results of this experiment show that taste buds work with the brain to stimulate the perception of flavor.

This mouse is currently eating, meaning that its taste buds are currently sending signals to the brain to stimulate the perception of flavor.

Going back to the first article, mice need a specific protein that allows the generalized taste bud to send signals to the brain. Through research, it was discovered that the taste buds with broader ranges did not function in the absence of this specific protein. This goes to show the many functions and the vast significance of proteins in organisms. Additionally, some of the taste buds that only sense specific flavors were not functioning as well. Due to this, researchers believe that these two different types of taste buds depend upon each other to send signals to the brain.

At this point, you may be wondering why certain functions of the taste buds of mice matter. In case you didn’t know, the taste buds of mice function similarly to those of humans. This means that further research on the taste buds of mice may contribute to human interests as well. For example, one’s sense of taste can be lost through certain treatments (ex: chemotherapy) and aging. This may potentially lead to loss of appetite, causing malnourishment and other issues. With more research, these conditions could be treated through artificial taste bud receptors and even more by understanding the relationship between taste buds and the brain. Personally, I believe that this research is good support for those who are struggling with the loss of appetite, as well as a gateway to even more possibilities. I’d like to know more about your thoughts on this research. Is it worth the time and effort to learn more about this topic? Do you think that there are more possibilities than just treating loss of appetite? What else could this research be useful for?