The Infamous “14-day” COVID-19 Illness Has Still Not Ended for Some.

Approximately one in four COVID-19 patients appear to have lingering symptoms, even after they have fully recovered from the virus, says the University of California Davis Health. Known as “Long Haul Covid,” it has been relatively unknown why each person’s immune response differs drastically.

Feeling sick just two days after the world closed on March 11, 2020, my mom began to show all the symptoms of COVID-19. Tests were scarce, and by the time she was able to get one, it came back negative. However, she dealt with the severe and immediate symptoms of COVID-19 for six months straight. She maintained an on and off fever for months and has still not regained her taste or smell. Unsure of why everyone around her (including myself) contracted the virus and recovered after a mere 14 days, she searched for answers everywhere.

Luckily Dan Longo, Professor of Medicine at Harvard Medical School, published an article this past week in which he thinks he has discovered the reason. Antibodies mimicking the virus. You see, our body has a particular system for how it typically handles viruses.

When pathogens pass the body’s barrier defenses, they trigger innate cellular defenses. In the area of entry, Mast cells release histamine and macrophages (large phagocytic cells), which secrete cytokines. These cytokines attract dendritic cells, which engulf the bacteria (COV2 virus) and fuse it with a lysosome to break it down, preserving the foreign antigen (epitope). The dendritic cell will then display the foreign antigen on an MHC protein on the cell’s surface. A T-helper cell will then come and identify the foreign antigen. Now activated, the T-helper cells will release interleukin (a cytokine) to signal the beginning of the cell-mediated and humoral response. In the Cell-Mediated immune response, the T-helper cells will stimulate other T-cells to divide and create two types of cells. T-memory cells will circulate your body to prevent reinfection, and Cytotoxic T-cells will kill any infected cells. In the Humoral Response, B cells will bind to the antigen on the virus and recognize it, while selected B cells will be stimulated by T-helper cells and divide. The divided B cells will become B plasma cells whose job is to secrete antibodies that bind to and neutralize the pathogen. Or B-memory cells whose job, much like the T-cells, is to circulate the body, preventing reinfection. 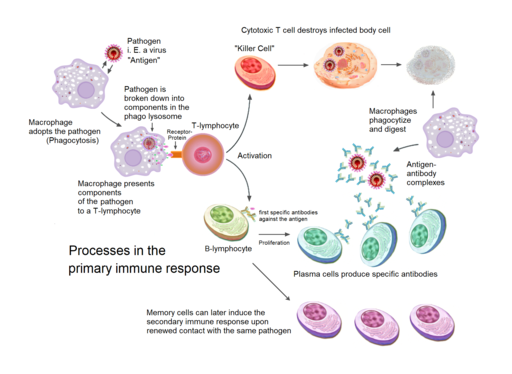 In regards to COVID-19, however, why hasn’t our immune response been consistent for everyone? Longo’s article answers that by closely drawing upon the concepts of Nobel Laureate Niels Jerne’s Network Hypothesis, in which she states that, as usual, the B-plasma cells produce protective antibodies in response to an antigen. However, these same antibodies later trigger a new antibody response, only this time toward themselves. These secondary antibodies are called anti-idiotype antibodies, and they are created when one antibody binds to the set of unique epitopes of another antibody. These secondary antibodies bind to and deplete the initial protective antibody response, mirroring the original antigen itself. Quoted from Longo’s research partner UC Davis Vice-Chair of Research and Distinguished Professor of Dermatology and Internal Medicine William Murphy, “A fascinating aspect of the newly formed anti-idiotype antibodies is that some of their structures can be a mirror image of the original antigen and act like it is binding to the same receptors that the viral antigen binds. This binding can potentially lead to unwanted actions and pathology, particularly in the long term.” Binding to the ACE2 receptor, an angiotensin-converting enzyme identified as the receptor for the SARS-CoV-2 viral entry, the anti-idiotype antibodies could affect normal ACE2 functions. With a lack of research surrounding the theory, Murphy states that he believes some of the long-lasting effects of COVID-19 reported result from the critical tasks of ACE2 being tampered with. In terms of the vaccine, most of the research studies on antibody responses focus on initial protection instead of long-term effects. Thankfully, Longo concludes by saying that most of Murphy’s and his questions are testable and can be at least partially tested in their laboratory.

It has been 21 months since my mom first contracted COV2, and thankfully she is doing much better. However, causing much frustration, she has not fully recovered. Similar to an autoimmune disease, she has periods where she feels fantastic and periods when she struggles. And so, while the information about Long Haulers Covid has increased dramatically, it is evident that there is still much to learn.

Covid-19: It’s Time We Start Listening to the Long-Haulers

Over the course of the Covid-19 pandemic, millions of people across the globe have contracted Covid-19, and while many have unfortunately lost their lives to the virus, millions of people have been able to recover from Covid-19. However, recovering from Covid-19 may not mean the end to all problems for patients. Many people who have recovered from the Covid-19 have expressed that they are still experiencing symptoms such as fatigue, muscle/body aches, and shortness of breath. 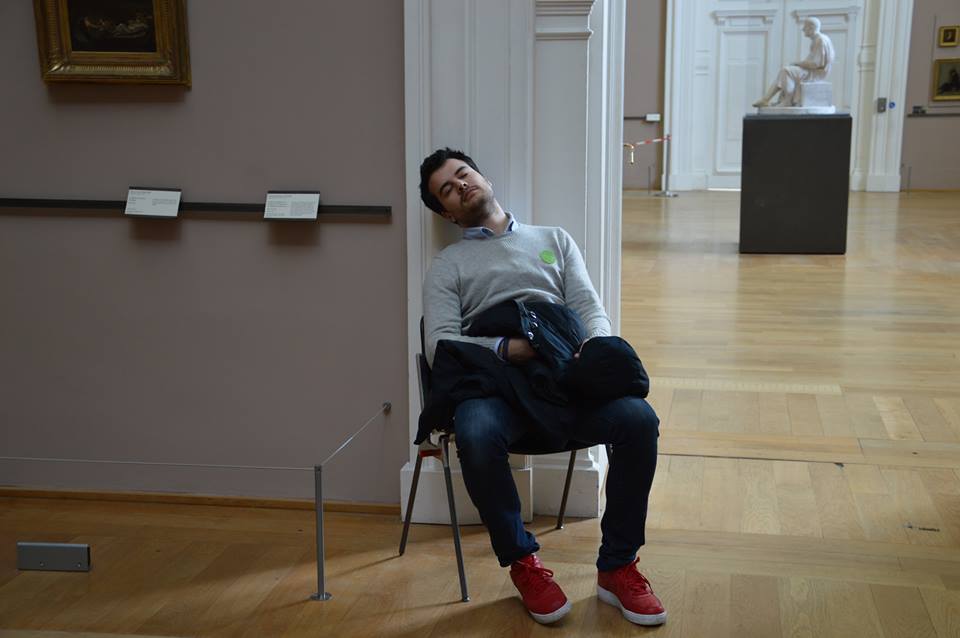 fatigue, difficulty breathing, and headaches are all symptoms of Covid-19 long-haulers

What is a Long-Hauler?

These people that are showing continued symptoms of Covid-19, even after “recovering” from the virus, are being referred to as Covid-19 long-haulers. As mentioned before, long-haulers face lingering, persistent symptoms such as constant fatigue, difficulty breathing, and headaches that have prolonged to weeks or even months after defeating the virus. In a well-written article by the New York Times, the experience of Covid-19 long-haulers is examined. The article focuses on myalgic encephalomyelitis/chronic fatigue syndrome (ME/CFS) and how it relates to covid-19 long-haulers.

While rather unknown by many, ME/CFS has been around and diagnosed for a decent amount of time. ME/CFS often follows viral infections, thus it is really no surprise to the people who have been researching ME/CFS, like Jamie Seltzer, a main contributor to the article, that an estimated 10% of Covid-19 patients are suffering symptoms like fatigue, brain fog and chronic pain for prolonged periods of time. The article explains that the amount of Covid-19 long-haulers that have tested positive for COVID-19 or its antibodies makes a strong case that coronavirus is turning into ME/CFS.

While the exact cause of ME/CFS is not completely understood, findings of immune abnormalities in some ME/CFS patients, such as elevated levels of certain cytokines or poorly functioning immune cells, has enabled researchers to believe that the immune system plays a role in the development of ME/CFS. In relation to our AP Biology class, we learned about the immune system and the function of cytokines. Cytokines attract neutrophils, which digest pathogens and dead cell debris, as well as dendritic cells. Cytokines are important in regulating the body’s response to disease and infection.

Since ME/CFS is unknown to many, and the exacts of how it occurs is not completely understood, the article notes that ME/CFS is regarded as a contested illness. This means that the legitimacy of ME/CFS is questioned by some in the medical field. Many coronavirus long-haulers have noted that they have experienced doctors who were skeptical, rude, or unhelpful, if not baldly disbelieving of their condition/symptoms. Thus, the main point of the article is that the Covid-19 long-haulers should open the eyes of many in the medical field to the legitimacy of ME/CFS. It is a hope by some in the ME/CFS research field that the experience of Covid-19 long-haulers will prompt more research into ME/CFS, a condition that receives fractional amounts for research compared to more known illnesses.

After reading this article, I do believe I’ve gained a lot. As a rather healthy young adult, the idea that “if I got covid, I’d be fine,” sort of plagues your mind. However, now I know that it is much more complicated than that. If the estimation that 10% of Covid-19 patients experience prolonged symptoms is accurate, then it should definitely prompt more people of my age to make sure they are doing everything they can to prevent the contraction and the spread of the virus. The cure to ME/CFS is still unknown, so it is crucial we do what we can to prevent getting it.