What is the keto diet?

The ketogenic, widely known as ‘keto’, diet has become a popular diet for weight loss among adults in the US. Although it was originally curated to reduce seizures in children, many use low-carb, high fat diet to slim down. The keto diet requires that you eat 75% of daily calories from fat, 5% from carbohydrates, and 15% from protein. The average person gets about 20-35% of their daily calories from fat, and dieticians recommend you get about 50% carbs from your meals, so is this diet safe?

The keto diet causes the body to switch from burning glucose (produced by carbs) to burning ketones (produced by fat), triggering ketosis. During ketosis, when the body doesn’t have enough stored glucose to create energy, ketones are released. Ketones are results of the body breaking down fat for energy. Throughout ketosis (the release of ketones), the body breaks down dietary fact and then body fat, resulting in the sought after fat loss of the keto diet. Ketosis is normal, but can pose a threat to those with Type 1 or 2 Diabetes as lack of insulin can cause a build up of ketones and glucose in the blood. The pros of ketosis include increased brain performance as ketones cross the blood-brain barrier and physical energy. Adverse effects include fatigue, irritability, and feeling “foggy,” so is this ketogenic diet all that safe?

What happens when glucose is reintroduced?

Led by associate professor Jonathan Little  in the School of Health and Exercise Sciences at UBCO, researchers at the UBC Okanagan campus conducted a study to test how the body would react when reintroduced to glucose. As test subjects, they used nine healthy males and put them on a high fat, low-carb diet (ketogenic)  consisting of 70% fat, 20% protein, and 10% carbs, for seven days. They were each given a 75 gram glucose drink before and after the week long trial and the results were astounding! Biomarkers (indicate the beginning or ending of a process within the body) in the test subject’s blood signaled damage to vessel walls caused by a sudden surge in glucose levels.Professor Little attributes these biomarkers to the body’s metabolic response when exposed to excess sugars. This process may cause blood cells to shed and possibly die,posing a potential threat for ketogenic dieters!

The researchers at UBC don’t recommend the keto diet as it may be undoing “some of the positive impacts on their blood vessels.” In short, the healthiest option for losing weight is a sustainable, colorful diet and good ‘ol exercise. It’s important to listen to, and act according to what your body needs/is telling you; not just the new fad.

Have you/would you ever try the ketogenic diet? Comment down below! 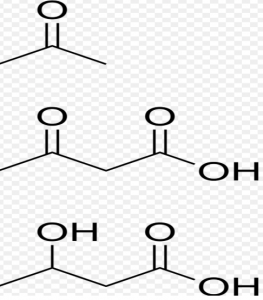 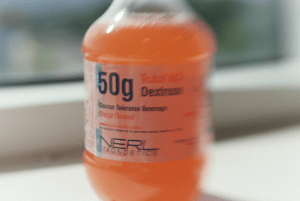 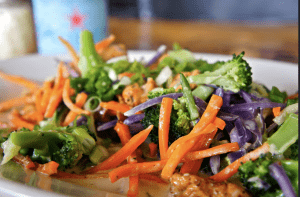 Veggies are a common swap for carbs within a Keto diet