For years, Indigenous people have struggled to receive access to resources and proper care. From education to jobs the Indigenous community has been neglected time and time again. Looked over in all categories.  Though there are many topics that need to be addressed regarding the Indigenous community,  I will be focusing on the large disparity in health care that Indigenous Americans and Alaska Natives receive compared to other races. I will also look at how Covid – 19 has hurt this system to the even greater extremes and what you can do to help.

Health care in Indigenous American communities has never been at the forefront of many important decisions, and as a result has suffered tremendous neglect over the years. One of the main providers of health and medical care in Indigenous communities is Indian Health Services or the IHS. It is given to over 2 million individuals who are descendants of the 567 federally recognized tribes. It’s supposed to provide “healthy communities and quality health care systems” but it seems to be doing just the opposite. It has very little funds from the government  and with less money, less services they can provide. The large disparity in health care for Indigenous groups compared to other populations is growing by the day. Indian Americans and Alaska Natives die at much higher rates than other races and are significantly more likely to die from easily treatable diseases. There is a higher infant mortality rate about 1.5 times higher than white people. They also have a lower life expectancy, and are expected to die 4 -5 years earlier than other races in America. This inequity can be a result of the many underlying issues in the Indian American community. Some of these include poverty, lack of health insurance, less education, language barrier, no access to transportation, less healthy food options, discrimination and many more factors. They have a dwindling amount of medical doctors located on many reservations which gives even less access to proper care. Many hospitals and medical facilities are also very far away from where many people live so an emergency situation can be detrimental.  An example of this is when a man named Cody Pedersen was stabbed in the neck and the ambulance took almost two hours to arrive. He survived, but this is only one success story out of many tragic ones. 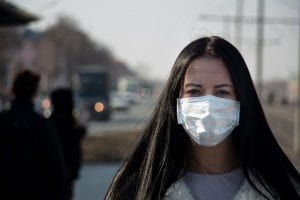 Check out more information in this article!

With all the problems Indigenous communities faced before Covid – 19. The addition of the virus impacted the community immensely. According to the CDC American Indians and Alaska Natives are 5.3 times more likely to be hospitalized due to Covid. They are also 2.4 times more likely to die due to Covid-19. This is a big difference even when compared with other minorities groups. There is also a lot of data that has yet to be collected, inconsistent data, and misinterpreted data that could be an even better insight into the real struggles of the indigenous community. However, no one is making an effort to collect it. Health isn’t even the biggest problem the indigenous community faces due to Covid. The virus devastated them economically, when many were already facing poverty. Many tribal businesses were forced to close and still cant open. Many of the money earned on reservations goes back to support the community. With businesses shutting down and people having to look for work outside the reservations less profits can be contributed to the community, increasing reliance on outside organizations. This makes it really important for people who fund the native community to keep funding even after all this subsides for them to rebuild their communities.

It has been far too long since indigenous people looked over and neglected in our country. Although they are a small percentage of our country they are still lives that need the same services as everyone else. It all starts with awareness. Once you become aware and start to care that this is happening to others it makes a big difference. The more people care, the more change that can be enacted. Native societies need to be just as visible as other races. We need to recognize Native people, help Native people, and protect Native people.

Here are some more ways to help:

How to Support Indigenous Communities

How Deforestation and Amazonian Fires Could Impact Indigenous People 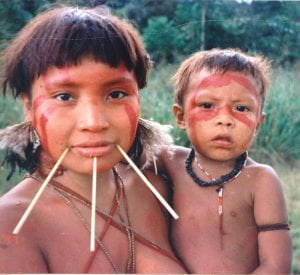 Pictured above are two Yanomami tribe members from the Venezuelan Amazon.

Believe it or not, in 2019 there are still uncontacted(or at least minimally-contacted) tribes living in the Amazon and in Papua New Guinea and isolated islands in Indonesia.  These indigenous people to the region have been living in the Amazonian parts of Brazil, Peru, Venezuela,

and Colombia for centuries and remained almost completely uncontacted or minimally-contacted despite the rapid industrialization and deforestation of the surrounding areas.  Not only does illegal logging and mining harm the environment and strip ecosystems of their resources, but it also poses an anthropological threat where these indigenous people are losing places to live, in turn threatening their isolated way of life.

Despite the fact that an overwhelming majority of Brazilians support indigenous rights and their protection, the issue remains unsolved due to the selfish nature of the illegal loggers and miners.

If the threats of logging and mining were not enough to the ecosystem of the Amazon, the wildfires have stripped away a substantial amount of the environment as well.  The fear of anthropologists and doctors is that these uncontacted tribes have no immunity to diseases outside of their communities. The threat could be mass disease and infection that the indigenous people would have no way of handling.  In addition, specific tribes have been hostile towards outsiders and they would struggle to assimilate into civilian life if they should even decide to do so.

This issue is where anthropology and ecology collide, thus showing the duality and significance of the issue.