Muscle Regeneration and the Rebuilding of Tissue

Using a combination of molecular compounds that are commonly used in stem-cell research called Yamanaka factors, researchers found the regeneration of muscle tissue was prevalent among mice.  Yamanaka factors are a group of proteins which play a vital role in the creation of induced pluripotent stem cells (cells that have the ability to become any cell in the body), often called iPSCs. They control how DNA is copied for translation into other proteins and are used to convert specialized cells, like skin cells, into more stem-cell-like cells that are pluripotent.

The primary role of these progenitor cells is to replace dead or damaged cells. In this way, progenitor cells are necessary for repair after injury and as part of ongoing tissue maintenance. Using the combination of Yamanaka factors to create these special muscle building tissues will allow for muscle repair to be quicker, easier, and available to everyone.  This will allow any cell to be turned into a muscle repair cell.

In the study, researchers found that adding the Yamanaka factors accelerated muscle regeneration in mice by also reducing the levels of a protein called Wnt4, which then activated the satellite cells to be turned into muscle repair cells. We could potentially use this technology to either directly reduce Wnt4 levels in skeletal muscle or to block the communication between Wnt4 and muscle stem cells.

In our class, we have learned about the different jobs of proteins and how some some of these functions are positive (such as the creation of collagen) and negative to cells. WNT4 in this case researchers analyzed are bad for muscle development in creating structure of muscles but can be stopped with the help of Yamanaka factors. Similar to chaperonins, Yamanaka factors allow for the replication of proteins to be easier by controlling how DNA is copied in these myogenic progenitor cells. 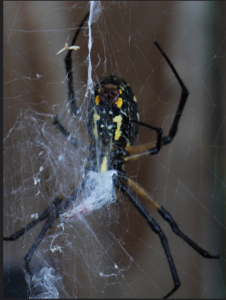 In current times, more and more people are suffering from cardiac insufficiency. Since cardiac tissue is unable to be revived (once its dead), researchers have been struggling to figure out how to create a structure similar to cardiac tissue, that can mimic the tissue’s function. A recent discovery made by researchers at Friedrich-Alexander-Iniversitat Erlangen-Nurnberg (FAU) an their colleagues from the University of Bayreuth, led to idea of using spider silk to recreate dead cardiac tissue. Their results are published in the journal Advanced Functional Materials.

What is so important about spider silk?

Fibroin, the protein that gives spider silk its mechanical stability and special structure, could be the missing piece to creating artificial cardiac tissue. The indian silk worm was observed first by  Dr. Felix Engel of the Department of Nephropathology at Universitätsklinikum Erlangen, its specific properties make it eligible to help create cardiac tissue. In addition to indian silk worm, Prof. Dr. Thomas Scheibel, holder of the Chair for Biomaterials at the University of Bayreuth, discovered that garden spiders’ silk along with the help of E. coli, can produce the proper protein needed.

Do they really work?

These silks were put to the test, when Jana Petzold, of the Erlangen team headed by Prof. Engel and Tamara Aigner from Prof. Scheibel’s Bayreuth, placed a thing layer of the silk protein—(eADF4(κ16) onto a film, since the silk protein is positively charged, the idea is that it would then adhere or stick to anything negatively charged. Cardiac functionality was their main interest during the experiment; they compared plain cardiac tissue applied to a film, to spiders silk applied to a film of fibronectin. They did not find any functional differences between the two! Furthermore, the cells cultured on a film of eADF4(κ16) grew in response to factors responsible for hypertrophy (enlargement of cardiac cells), this discovery reinforces the similarities and potential for spider silk proteins to help reverse the effects of cardiac damage.

Although the idea of using spider silk was just discovered, do you think scientists will pursue this theory? If so, how long will it take? I was particularly intrigued while reading this article because spider silk seems like the most random match for something so intricate and complex. Scientists are now realizing why this silk is important. Another use for spider silk is in antibiotics. Who knows, there could be many more uses for spider silk to soon be discovered!