Mostly in cartoons and fiction stories, the writers and authors display animals and humans being hypnotized by swirly and crazy eye movements. As strange and ridiculous as this sounds, there is new evidence to prove that this might actually be true. Although the writers and authors might take the effect to far, there is still evidence to prove some sort of truth behind this. 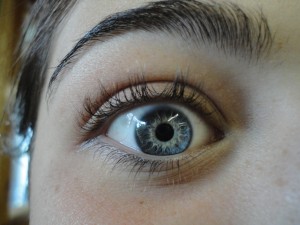 Scientist studied a young, healthy woman who was being hypnotized. Her eyes experienced some eratic change during this time such as “appearance of a diffuse, unblinking stare, the researchers measured a series of involuntary eye features, such as pupil reflexes and quick movements.”  Also when she was being hypnotized her pupils were smaller than usual. After watching the video, the woman even thought that her eyes were scary.  Just to prove that there was no way of faking the eye movements, a group of 14 people tried to mimic her odd eye behavior and could not successfully do so. Do you really believe that after all these years that the TV shows and movies had the right idea all along? Its weird to think that something can take control of our bodies without us even realizing it. Hypnotics is defiantly an interesting subject to study but in order to come to further conclusions it will take a lot more research. Can you be the one with all the answers?