A proud, hard-working father is what Paddy Doherty looked up to all of his life until a sudden heart attack that took the life of his dad. What would you do if someone you love is unexpectedly gone without a goodbye?

His father had a career in construction and various home improvement projects which kept him active until his 60s until Doherty first caught glimpses of a worrying decline in his dad’s health. “I noticed him getting breathless on walks. He’d stop for a while and maybe make an excuse for stopping, saying, ‘Oh, isn’t that a lovely tree’ or whatever,” said Doherty, who lives in Ireland. Doctors chalked it up to angina, or chest pain caused by reduced blood flow to the heart, symptomatic of an underlying heart problem.

After his dad died, the true cause was discovered: a rare disease called transthyretin (ATTR) amyloidosis, characterized by a misfolded protein that builds up in the heart and interferes with normal function. As learned in AP Biology, misfolded proteins are caused by the lack of chaperonins that are present in cells to provide a secure hydrophilic environment. The misfolded proteins cannot achieve their native state and are contorted into shapes that are unfavorable to the environment it’s in. The formation of oligomers and aggregates occurs in the cell when a critical concentration of misfolded protein is reached. Aggregated proteins inside the cell often lead to the formation of an amyloid-like structure, which eventually causes different types of degenerative disorders and ultimately cell death.

In February last year, Doherty began to experience the same early breathing symptoms his father had had. As an avid hiker who had trekked the Himalayas, he was surprised to find himself getting winded on local hill walks. Testing confirmed that Doherty had a hereditary form of ATTR amyloidosis.

But there was one bit of good news: If Doherty had been diagnosed even a year earlier, no treatment options would have been available to him — an all-too-common situation for over 30 million U.S. patients with rare diseases. But Gillmore, Doherty’s doctor, offered him the chance to participate in an early-stage clinical trial using CRISPR, a groundbreaking genome editing therapy with the potential to cure his ATTR amyloidosis in a single dose.

“I had no side effects and left the facility after two days,” Doherty said. “The walk that I felt breathless on, which is a steep kind of mountain walk through a forest, I’m doing that every Sunday now.” CRISPR-Cas9 allows researchers to alter the DNA of living things at will. It works like genetic scissors that can insert, repair or edit individual genes to rewrite the code of life. The system itself consists of two molecules — a protein known as Cas9 that works like scissors and a guide RNA that takes Cas9 to the right place in the genome — that can be inserted into cells or the bloodstream.

In the case of the clinical trial on patients with ATTR amyloidosis, Gillmore and his colleagues aimed to edit the malfunctioning gene itself and demonstrate for the first time that direct infusion of CRISPR molecules into the bloodstream is safe effective.

The hereditary form of ATTR amyloidosis affects roughly 50,000 people worldwide with a large cluster of patients like Doherty with roots in Donegal County, Ireland. Because circulating transthyretin is made almost entirely in the liver — and everything that enters the bloodstream is carried to the liver to metabolize — the researchers realized they could simply inject patients with the CRISPR-based therapy.

The therapy, called NTLA-2001, appeared to knock out the mutated gene as intended. Only six patients were tested in total, but the three who received the higher of two doses — including Doherty — saw their transthyretin levels drop by an average of 87 percent after 28 days. The results remain preliminary, and several more patients will need to be tested before the trial is complete.

Doherty said he hopes his family members and fellow Donegal residents will be able to benefit from CRISPR as much as he has. Fortunately, testing shows his two daughters did not inherit ATTR amyloidosis. And along with his father, Paddy’s uncle and cousin both died of the disease.

“When the trial is over, I hope that CRISPR is available and affordable for all amyloidosis patients,” Doherty said. “If a pharmaceutical company can mass-produce something like that and sell it at a good price, it would be a godsend.” 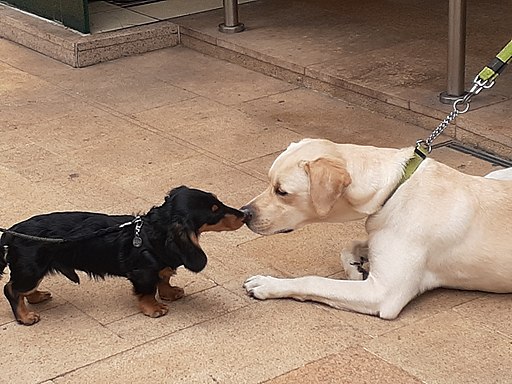