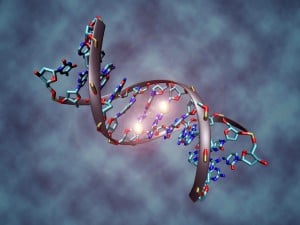 Scientists at the University of North Carolina have recently made a breakthrough in the study of epigenetics, particularly enzyme modification of histones. Histones, the structures to which our DNA binds in the nucleus, play a pivotal role in gene expression. In other words, histone and enzyme interaction control which genes are expressed in which cells during certain times. Epigenetics is the study of how this process works. Tightening or loosening histones can turn a certain gene off or on. The study of this process has been difficult given the size of the genome and number of different histone-enzyme interactions dispersed through the sizable sequence of DNA. The Enzymes place specific chemical markers on the histones that cause the gene regulation to occur, but scientists have been unable to determine which enzymes affect what genes and how. However, the scientists at UNC have recently conducted a study with the fruit fly genome that has given them a large amount of data. The fruit fly genome contains all of its epigenetic markers in the same place. The scientists were able to insert synthesized gene regulating enzymes in place of the originals and determine the function of each individual enzyme by simply observing what was affected by the new enzymes. This research is crucial for the understanding of how the human genome is regulated, possibly leading to the cure for many illnesses. 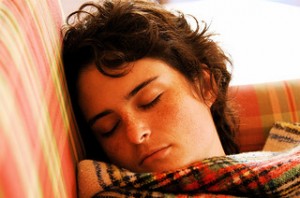 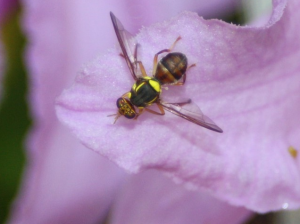 Could it be more than a Simple Physical Attraction?

Ever wonder why there are so many cougars around these days, or so many older men dating younger women?

It’s not just because of a physical attraction. In fact, attraction in humans and in fruit flies relates to pheromones, or “the chemicals of love.” In the recent Biology News article “Fruit Flies Drawn to the Sweet Smell of Youth,” I learned that cuticular hydrocarbons,which are the pheromones of fruit flies, change with age. In an experiment run by Tsung-Han Kuo, a ” a graduate student in the department of molecular and human genetics and the Huffington Center on Aging at BCM,” it was obvious that the male fruit fly was attracted much more to the young female fruit fly than the older female fruit fly. This was even true when the male fruit fly could not see the flies because the scientist had made the room dark. Interestingly enough, all it took for the male fruit fly to be confused about which woman to choose was to wipe the pheromones, or rather the cuticular hydrocarbons, off the bodies of the female fruit flies. When this occurred, the male fruit fly was rather ambivalent and flummoxed with the decision over which fly to choose to mate with. This tells us that pheromonesmake all the difference, an

most significantly to this article, they spark fly attraction. I believe that this pheromone attraction could be the true reason why  many individuals stray from their significant others to find “hotter” and “sexier” partners.

To sum all this up, based on our experiments in class, we know that fruit flies produce massive numbers of children, and as these female fruit flies age, the male fruit flies that they have mated with in the past are vastly less interested and attracted to the aging female pheromone.