Gene editing sounds to most like an intriguing opportunity at the very least, if not a groundbreaking advancement in human development, however it does not come without any flaw. We are not living in “Gattaca”quite yet to say the least. One of the most common gene editing processes, CRISPR, is equipped with a relatively predictable flaw in particular; an error taking place at the molecular level that results in the wrong genome being altered than what had been intended, therefore leading to potentially dangerous or life altering mutations in said gene. A team of specialized professionals at the University of Texas at Austin decided to revamp a significant component used for the CRISPR gene editing process. Their new version of Cas9 reduces the chances of the wrong genome being manipulated by thousands.  This is a figurative unicorn of scientific discovery,  it is groundbreaking on top of groundbreaking, it is cloth cut from the fabric of similar discoveries that have changed the course of human history and still – it is only the beginning.

When there is an error in the way the genomes are adjusted, it is a rather simple explanation as to how, and even simpler when describing how the new version of Cas9 can fix it. When the letters making up the DNA’s structure are incorrectly assembled or mismatched, causing a lack of stability in the structure of the DNA itself. Due to this, Cas9 is not capable of making the necessary adjustments to the DNA in order to properly execute the procedure. The new version of Cas9 is far more capable and strong, meaning that it can in fact execute the procedure.

Although this new Cas9 is an answer to a previously inherent setback to gene editing, it doesn’t come without its own respective setbacks. A primary caveat to the increased accuracy of this Cas9 is that it works at a much slower pace than Cas9 that is naturally occurring. 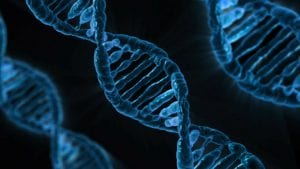 There is a self awareness that seeps through this accomplishment to the people that set it in motion. Kenneth Johnson, a professor at the University of Texas at Austin and co-author of the study even says that this newfound tool “could really be a game changer” when it comes to further use of gene editing among the public. It is truly a tremendous feat conquered by this group of experts in the field of genetic engineering.

Ultimately, further advancements in genetic editing could very well change the human race and the world as we know it so long as quality time and effort is put into it, as seen with this study. With the incentive of the potential advancement of human kind as a whole, its anyone’s guess as to what could one day be possible.