There have been some very exciting, recent biological findings involving gene editing. The CRISPR-Cas9 findings allow for the exact and purposeful changes to the genome of a cell. CRISPR stands for Clustered Regularly Interspaced Short Palindromic Repeats, and it is used in bacteria and archaea as a way to protect the bacteria from intruding genetic material. Essentially, CRISPR is used to remove a faulty gene and put another in its place. This is exciting because in humans, this technology could be used to remove extremely harmful DNA from our bodies, only to be replaced by healthy DNA. This method could then be used to cure cancer. In fact, another genome editing technology, called TALEN, was actually used to cure  an 11 month old girl named Layla who had what doctors thought was an untreatable form of leukemia. Described as “biological scissors”, doctors editing genes in cells in the immune system. The new genes then hunted down the dangerous red blood cells that were putting Layla’s life at risk. What is so exciting about CRISPR, however, is that unlike TALENS, which used proteins to edit genes in a very time consuming process, CRISPR uses nucleic acids such as RNA, which are significantly easier to use. Ultimately, these findings should bring a lot of good to the world and are a promising step towards curing cancer and other dangerous diseases.

How to Proofread the Genome

CRISPR-Cas9 is an emerging technology in the field of genetics that has opened an incredible number of  doors and revolutionized the field. It permanently changes the genome of cells while they are alive. CRISPR stands for Clustered Regularly Interspaced Short Palindromic Repeats. This sounds confusing but the actual technology is simple. Feng Zhang uses the analogy of proofreading a book to explain it.Let us say you are proofreading your novel and you find the phrase “twinkle twinkle big star”. Now you want to change it to “twinkle twinkle little star”. In this scenario, the words are base pairs and the change from “little” to “big” is a mutation. You can not just delete “big” or just “add” little you must do both. And that is what CRISPR does. It uses an enzyme to cut the DNA and silences that gene. It also can do the opposite and activate certain genes. 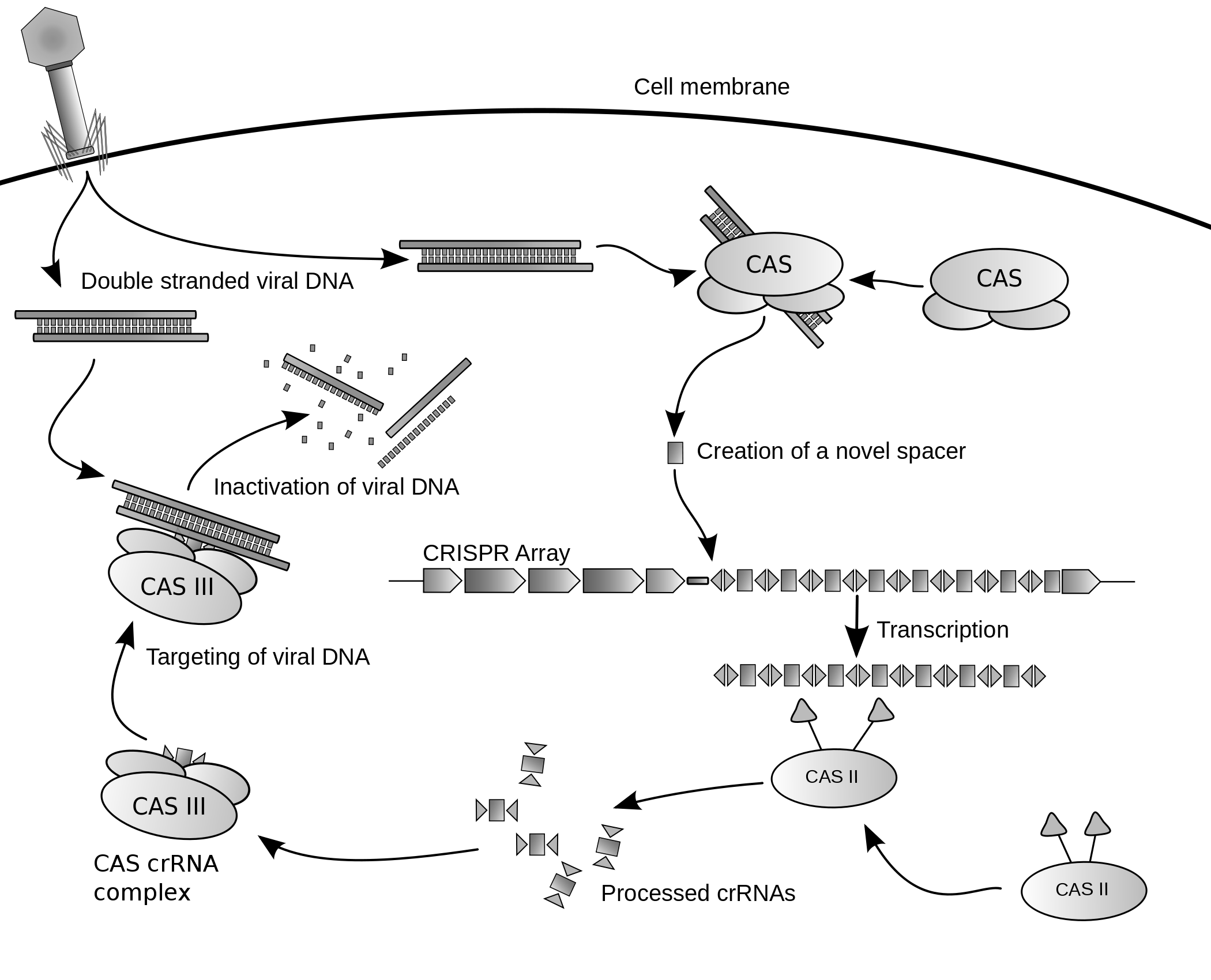 A diagram of how CRISPR works

This precise controls of genes have allow scientists to do research faster and cheaper. Its applications go beyond just research however. This technology can be used to treat certain genetic mutations by correcting the incorrect base pairs accurately.

The CRISPR-Cas9 genome editing system has transformed into an even better version of itself. A new, elegant technique, coined by researches at the Broad Institute of MIT and Harvard and the McGovern Institute for Brain Research at MIT, has resolved one of the most reoccurring technical issues in genome editing. 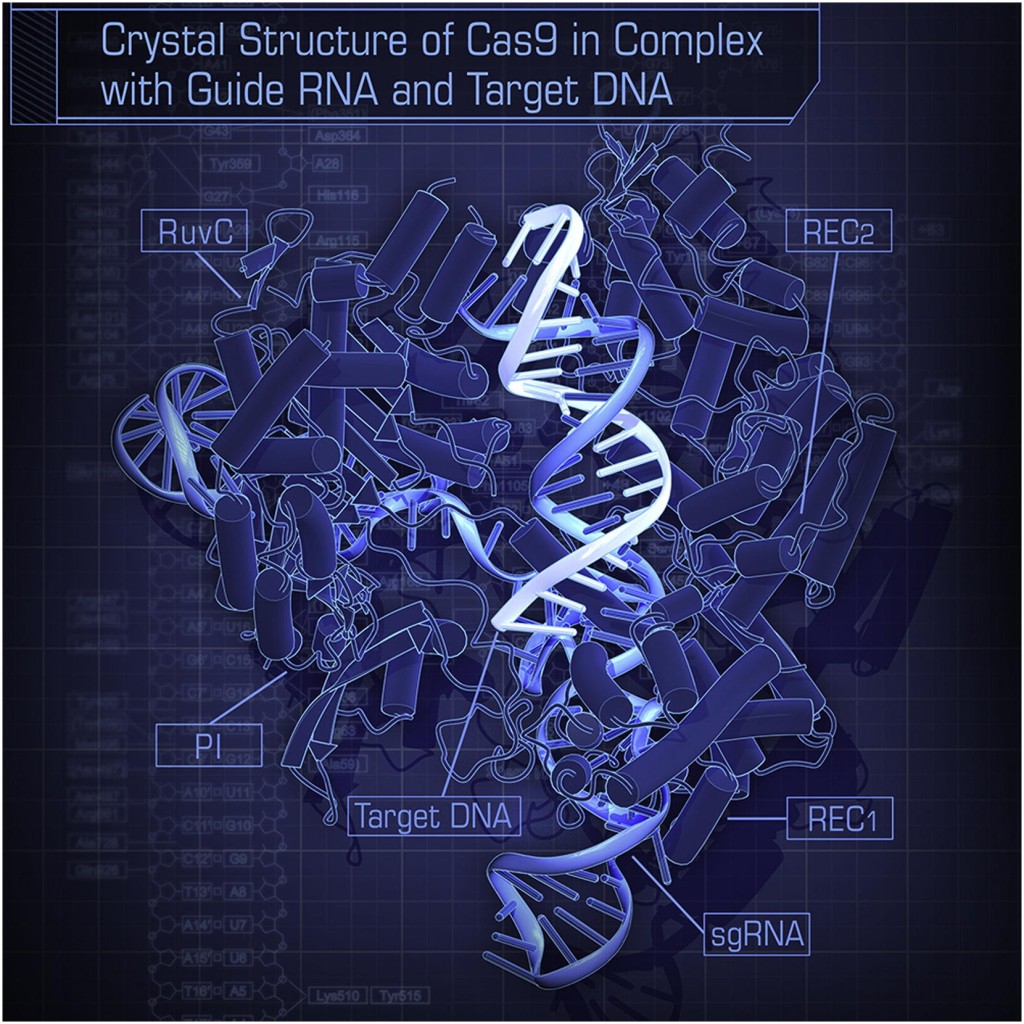 Primarily, the CRISPR-Cas9 system works to specifically modify a cell’s DNA. CRISPR is dependent on protein Cas9, as it is specialized for cutting DNA. The DNA, at a location identified by a RNA’s sequence matching the target site, is altered by Cas9. Though it very efficient at cutting its target sites, there is a large complication in the process. Once the Cas9 is inside the cell, it can also bind and cut additional sites that are not targeted. Because of this, undesired edits are produced which can alter gene expression or kill off a gene completely. These setbacks can lead to cancer or other problems. Feng Zhang, along with his colleagues at MIT, reported that by just changing 3 out of the approximately 1,400 amino acids composing the Cas9 enzyme from S. pyogenes, a considerable reduction of “off-target editing” to undetectable levels are observed.

The team is calling this newly-engineered enzyme “enhanced S. pyogenes Cas9” or “eSpCas9.” It’ll be particularly useful for genome editing that requires precise specificity and it is said to be available for researches worldwide.

I believe that this newfound resolution for the CRISPR-Cas9 genome editing hurtle is a huge game changer. This charge-changing approach might also be able to be used for other experiments involving RNA-guided DNA targeting enzymes. Ethical and societal concerns have also risen due to the idea of rapid and efficient genome editing. The eSpCas9 is highly beneficial in the scientific community, however there is a lot more research needed to be done in order to be used clinically.