The cellphone that you use everyday, whether it is for work or your enjoyment, can harm you without you even knowing. Cellphones give off a certain type of energy called radio-frequency waves that can increase your risk of brain tumors or other tumors in the head or neck area. Cell phones are given the ability to function because of cell towers. Cell phones send and receive signals from surrounding cell towers by using radio-frequency waves. Radio-frequency waves, however, are a form of non-ionizing radiation, which means they do not have enough energy to cause cancer directly damaging the DNA inside a cell. This relates to our biology class, as we are talking about how cells work inside the body. Although radio-frequency waves do not have enough energy to break through a cell to cause damage, if they did, they would have to pass through the plasma membrane, and then reach the nucleus in order to damage DNA.

Brain tumor, which is overall not caused by phone usage

The radio-frequency waves come from the cell phone’s antenna, located in the body of a hand-held phone. The waves are strongest at the antenna and lose energy quickly as they travel away from the phone. The phone is often held against the head when a person is on a call. The closer the antenna is to someone, the greater their expected exposure to radio-frequency waves. The body tissues closest to the phone absorb more energy from the waves than tissues farther away, giving you a higher risk of a form of brain cancer than something else. The amount of energy absorbed by someone from the radio-frequency waves can be influenced by a number of things, such as the model of phone you use, or the amount of time you use your phone. However, in studies shown in the first embedded link, there has been no clear answer of the correlation between cellphones and cancer. Overall, I feel that if there was a significant finding in these studies, there would be a huge spike of cases of brain tumors or brain cancers. I believe this is not something we should be worried about, and if it were to be a problem, I feel that there would have been a solution created already. 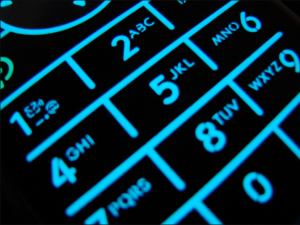