Harnessing the Power of Photosynthesis for Environmental Gain

Human use of fossil fuel as a form of energy to sustain industry and modern lifestyle has had a detrimental effect on environmental efficiency. Nature’s ecosystems are dying and the atmosphere is polluted, causing climate change that further negatively impacts the ecosystems. With fossil fuel sources being depleted, humans must find new energy sources to sustain their current way of living while minimizing the potential harmful effects on the environment. Perhaps, surprisingly, a solution to these problems may be found in the untapped power of plants to sustain themselves through use of sunlight and water in a process called photosynthesis. 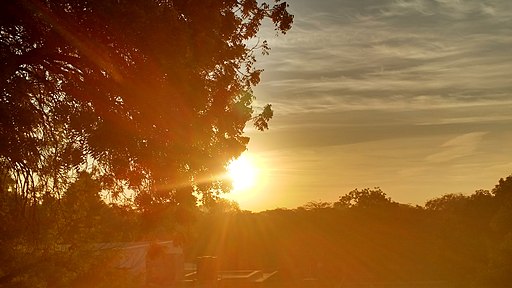 Photosynthesis is the process by which photons of light (coming from the rays of the sun) and water molecules are converted, through a complex, multi-step process, into glucose, a form of stored energy. Today, scientists are working on various ways to mimic the natural process of photosynthesis through artificial photosynthesis. Their goal is to find clean, affordable, efficient and sustainable ways to create energy that would allow humans to subsist as they do.

Harnessing the power of the sun is full of potential because the sun’s energy is so great that the amount of sunlight hitting the earth in one hour can satisfy the energy needs of all humans for one year.

Currently, the process most similar to artificial photosynthesis is photovoltaic technology which allows a solar cell to convert the sun’s energy into electricity. A small PV cell usually produces between 1 and 2 watts of power when sandwiched between protective materials like glass and plastics. In order to harness maximum energy, these PV cells, which are composed of semiconductor materials, are often chained into arrays that have the capacity to be bound to a larger electrical grid.  However, this process is inefficient because it harnesses only 20% of the sun’s energy, in part because the semiconductors in solar panels have limited ability to absorb and store sunlight energy.

By contrast, photosynthesis can store 60% of sunlight as chemical energy in biomolecules. In her research, Yulia Pukshar, a biophysicist at Purdue University, has been replicating the photosynthesis process by creating an analog that collects sunlight then splits water molecules to create hydrogen. Hydrogen is useful as a fuel to be used in fuel cells or as a fuel to be combined with other fuels (like natural gas) to provide power to homes, cars, electronic devices, etc. Much of Pushkar’s research has focused on determining which combinations of catalysts and photosystem II proteins work best to generate hydrogen from water molecules. She seeks to use chemicals and compounds that are abundant, easily accessible, inexpensive and non-toxic. Artificial photosynthesis is being developed with “nontoxic, easily available elements” which sets it apart from preexisting forms of “clean” energy.

Currently, researchers have determined that the most durable oxygen evolving complexes (the portion of photosystem II that promotes photo-oxidation of water during photosynthesis) are those composed of cobalt-oxide based water oxidation catalysts. The use of such catalysts, that most closely resemble the true catalyst present in photosystem II, is highly costly and impractical when applied at a large scale. What seems to be a breakthrough in man-made, photosynthetic technology is merely in its infancy. If human civilization is to ever make a dent in this environmental crisis, new sources of sustainable energy must be implemented globally.

Ever since I moved to Brookville from New York City, I developed a greater appreciation for the beauty and peacefulness of nature in my surroundings. My understanding of the process of photosynthesis has reinforced my sentiments as I now fully comprehend the value of plants to human life. As my family plants more trees on our property, I recognize that such plantings are helping the environment by absorbing CO2 and providing vital oxygen to the atmosphere. For this reason, among others, I support reforestation initiatives around the world as well as the Forest Program at FA. 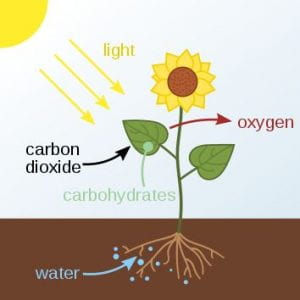