For over a million years, DNA has centered itself as the building block of life. On one hand, DNA (and the genes DNA makes up) shapes organisms with regard to physical appearance or ways one perceives the world through such senses as vision. However, 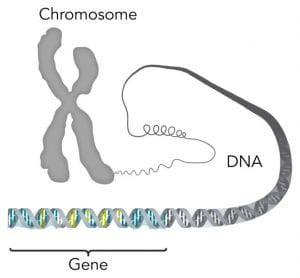 DNA may also prove problematic, causing sickness/disease either through inherited traits or mutations. For many years, scientists have focused on remedies that indirectly target these harmful mutations. For example, a mutation that causes cancer may be treated through chemotherapy or radiation, where both good and bad cells are killed to stop unchecked cell replication. However, a new area of research, CRISPR, approaches such problems with a new perspective.

The treatment CRISPR arose to answer the question: what if scientists could edit DNA? This technology involves two key components – a guide RNA and a CAS9 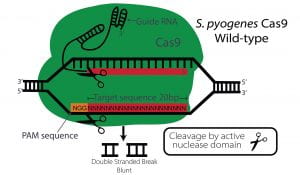 protein. Scientists design a guide RNA that locates a specific target area on a strand of DNA. This guide RNA is attached to a CAS9 protein, a molecular scissor that removes the desired DNA nucleotides upon locating them. Thus, this method unlocks the door to edit and replace sequences in DNA and, subsequently, the ways such coding physically manifests itself. Moreover, researchers at Stanford University believe they have further broadened CRISPR’s horizon with their discovery of a way to engineer a smaller and more accessible CRISPR technology.

This study aimed to fix one of CRISPR’s major flaws – it is too large to function in smaller cells, tissues, and organisms. Specifically, the focus of the study was finding a smaller Cas protein that was still effective in mammalian cells. The CRISPR system generally uses a Cas9 protein, which is made of 1000-1500 amino acids. However, researchers experimented with a Cas12f protein which contained only 400-700 amino acids. Here, the new CasMINI only had 529 amino acids. Still, the researchers needed to figure out if this simple protein, which had only existed in Archaea, could be effective in mammals that had more complicated DNA.

To determine whether Cas12f could function in mammals, researchers located mutations in the protein that seemed promising for CRISPR. The goal was for a variant to activate a protein in a cell, turning it green, as this signaled a working 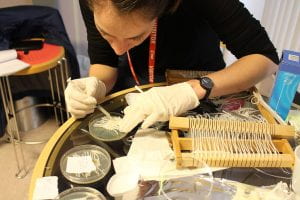 variant. After heavy bioengineering, almost all the cells turned green under a microscope. Thus, put together with a guide RNA, CasMINI has been found to work in lab experiments with editing human cells. Indeed, the system was effective throughout the vast majority of tests. While there are still pushes to shrink the mini CRISPR further through a focus on creating a smaller guide RNA, this new technology has already opened the door to a variety of opportunities. I am hopeful that this new system will better the general well-being as a widespread cure to sickness and disease. Though CRISPR, and especially its mini version, are new tools in need of much experimentation, their early findings hint at a future where humans can pave a new path forward in science.

What do you think? Does this small CRISPR technology unlock a new realm of possibility or does it merely shed light on scientists’ lack of control over the world around us?