Trash, Crops, and Even Pets are on the Menu for these Carnivores

In a recent study, researchers at the University of Wisconsin-Madison and the University of New Mexico found that some of North America’s most prominent carnivores—wolves, mountain lions, bobcats, and foxes—are relying more and more on human sources of food such as trash, crops, and even small pets. In the study, the researchers used hair, fur, and bone samples to identify the diets of seven hundred carnivore species across the upper midwest region of the United States. To identify the diets, chemical isotopes of carbon were taken from these samples to distinguish between human-grown and naturally occurring foods.

Foxes are one of the main species that are becoming reliant on human food sources.

Phillip Manlick, the lead author of the study, explains that “Isotopes are relatively intuitive: You are what you eat.” Thus, Human foods, heavy in corn and sugar, have their own distinctive carbon signatures in comparison to the carbon signatures of the diets of prey species in the wild. The ratio of these two isotope fingerprints from the predator samples informs the researchers what proportion of the predator’s diet came from human sources, either directly or from their prey that ate human food first. Our AP Biology class learned that carbon is an essential element in organic compounds. Organic compounds make up all living things which include the human food waste and crops these predators are consuming. Carbon is found in all four organic compounds (Carbohydrates, Proteins, Fats, Nucleic Acids), for carbon’s molecular structure allows for it to create multiple stable covalent bonds with different molecules. Carbon’s covalent bonds enable complex molecules, such as carbohydrates and proteins, that are found in food sources to be formed.

According to the results of the study, foxes, coyotes, fishers, and martens were the most likely to eat from human food sources, getting about half their food by eating domesticated animals or by foraging in areas that have been disturbed by agriculture. But on average, more than “25 percent of all the carnivores’ diets came from human sources in the most human-altered habitats.”

The reliance on human food sources is not good for the ecosystem, for it increases the overlap in competition for food among these carnivores. There will be more conflicts between species for human food. Furthermore, the reliance on human food sources leaves carnivores susceptible to more human attacks or can change the way species of predators hunt. None of these effects are beneficial to the ecosystem and actually may potentially have harmful ecological consequences.

Personally, I find it a little upsetting that human action is having such interference on the ecosystem and food chain of these predators. In addition, it is even more upsetting to hear that there are very limited options to take that would reduce the reliance on human food sources for these carnivores. Other than securing garbage cans and keeping pets inside at night, there are not many more options. These carnivores are adapting to human urbanization, and this trend will continue as humans keep pushing into these carnivores territories and habitats. 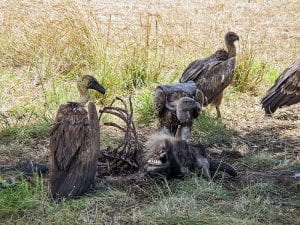 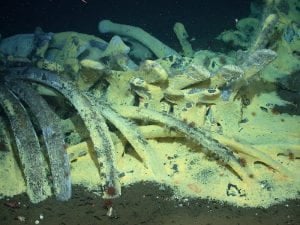 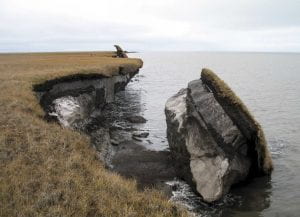 Another reason to not cut down old trees

Imagine if human growth accelerates, instead of slowing down after adolescence. This way, humans would weigh less than half as much at their middle age than at when they are at their old age.

In a study published in the journal Nature, scientists found out that the growth of the tree accelerates with the tree size. This means that the bigger the tree, the faster it will grow to become even larger.

This discovery is important, as it tells us another reason to save old trees to help protect our planet. The bigger the tree size, the higher the rate of carbon accumulation of the tree. Therefore, one old tree helps lessen the greenhouse gases in our atmosphere much more than a tree that is much younger. Bigger and older trees are important carbon sinks to our environment. 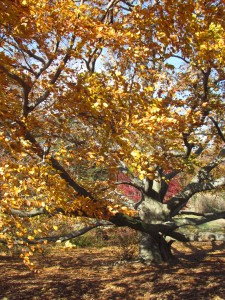 Here is a link to a video which showcases a giant tree — the extreme end of the spectrum.