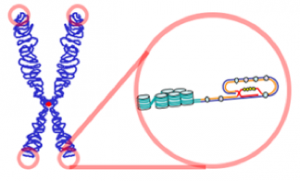 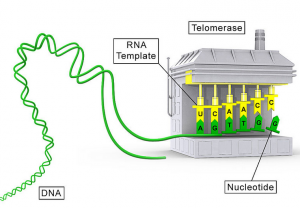 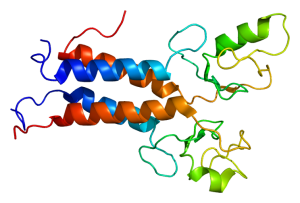 It has been accepted that DNA repairs itself.  However, a discovery concerning how this process occurs could lead to more efficient, and thus less damaging, cancer treatments.  Medical researchers at the University of Alberta have expanded the knowledge that scientists have regarding two proteins: BRCA1 (shown in the image) and TopBP1.  These proteins were previously thought to play identical roles in the DNA repair process.  However, this team of researchers recently showed that BCRA1 searches for any damaged DNA and then signals for help, while TopBP1 searches for DNA damaged specifically due to a problem with the DNA replication process and then signals for help.

When DNA becomes too damaged, cancer results.  The new cancer DNA can then copy itself and spread.  New ideas concerning radiation therapy making the cancer DNA unable to repair itself and unable to replicate are arising with this new discovery about the DNA-repairing proteins’ roles.  For instance, once cancer cells are damaged, proteins try to fix them, renewing the cancer cells.  Treatment could potentially be targeted at these proteins to stop them from fixing the cancer DNA and allowing the replication process to continue, now that we more fully understand their functions.

I find it fascinating to see how a rather basic discovery can have such major outcomes, and I am curious to see if further research will determine if certain medication can affect these powerful proteins.  Are there any other potential benefits to this protein-related discovery?

For more information about DNA damage and repair and the role of the TopBP1 protein, click here. (Section 4 on this link talks about the similarities between BRCA1 and TopBP1.)