A study reported to the Journal Nature, found evidence that infants born by C-sections have different microbiota than babies born vaginally. The study found that method of delivery plays a factor in which bacteroids colonizes the intestines of infants immediately after birth. 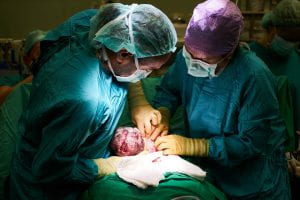 Research found that babies born through cesarean section have less “good” bacteria from their mothers and more bacteria from the environment in which they are born. The infants born by c-sections contained pathogens such as enterococcus, enterobacter and klebsiella, which have been found in hospitals. Via natural birth, infants’ intestines contained gut microbiota from their mother as well as the environment in which they were born. Later on in infancy, researchers found that babies born by c-sections showed more similar gut microorganisms as their naturally-birthed counterparts.

Scientists found that in the gut microbiota found in infants born via c-section, some pathogens contained antimicrobial resistance and bacterial virulence factors. This could potentially make infants born by cesarean sections more susceptible to infections and weaken their immune systems.

Researchers concluded that the environment in which babies are born factor into how gut microbiota will be composed from birth to infancy. But it still remains unclear if the initial difference in gut microbiota will have any health effects later on in life.

Regardless of this study, c-sections are still important to the health of millions of babies and mothers worldwide. In no way should this study discourage women from having c-sections; especially, if they are a necessity. Caesarean sections have saved millions of lives and will continue to do so. 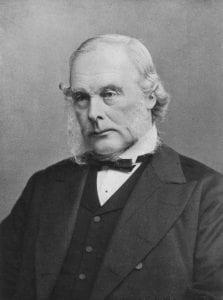 Infants’ Feces Says a Lot about the Gut Microbiome

That’s exactly what scientists Fredrik Bäckhed and Jovanna Dahlgren at the University of Gothenburg, Sweden, and Wang Jun at the Beijing Genomics Institute-Shenzhen, China recently learned when they conducted a study analyzing feces from 98 Swedish infants.

But before we get into the details of the study, let’s get down the basics first. What exactly is the gut microbiome?

Gut microbiome is the name given to the population of microbiota organisms that live in the human intestine. These microorganisms are unique, not only because there are trillions of them but also because they have milliions of genes, and can function as a person’s identity card (much like a fingerprint or a strand of hair). 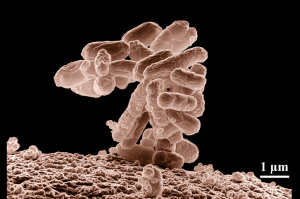 Recently there’s been a lot of buzz in the science world about the gut microbiome because it seems as though it plays various crucial functions, and this study is just one of many. The Swedish and Chinese scientists discovered a few ways in how the gut microbiome affects childbirth, breastfeeding, and development.

They also determined that nutrition during the early stages of an infant’s life is a core factor in the development of the gut microbiome.

Our findings surprisingly demonstrated that cessation of breastfeeding, rather than introduction of solid foods, is the major driver in the development of an adult-like microbiota

Bacteria rely on the mother’s milk to grow. Once the bacteria’s access to that milk stops, the bacteria stops growing. In its place, adult-like microorganisms emerge.

In addition, the gut microbiome acts as nutrients and vitamins to the infant’s growth and development, and gives aid to important processes such as making amino acids.

The study also critiques the amount of antibiotics given to babies when they’re born. There’s speculation that the baby’s gut microbiome is negatively impacted by the overabundance and overexposure of antibiotics. Besides the obvious risk of antibiotic resistance, one hypothesis is that when exposed to antibiotics early on, the gut microbiome loses important bacteria that helps immune cells mature. This is believed to be the reason why allergies and asthma are now widely prevalent.

Though this study is just a preliminary, it’s amazing just how big of an effect the gut microbiome has on us, and how much new research is coming out.

Want to learn more about the gut microbiome? Check out other sources about the microbiome, such as it’s relationship on the brain, and how it can change the brain’s function, how it can help reduce weight, and junk food’s negative impact on it, and make sure to comment below! 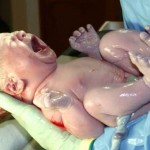