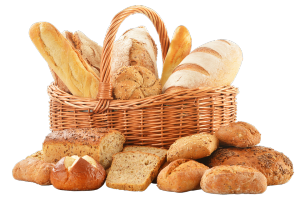 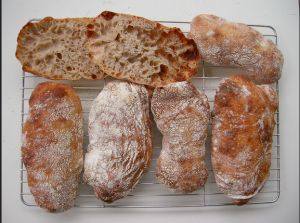 Gluten refers to the proteins found in wheat endosperm. Wheat endosperm is a type of tissue produced in seeds that’s ground to make flour.  It is composed of two different proteins: gliadin (a prolamin protein) and glutenin (a glutelin protein). Today, there are many questions being asked about whether we should be consuming gluten.

In today’s society, one of the new healthy trends is to be gluten free. However, for those with celiac disease, it is necessary to be gluten free. Celiac disease is a condition that damages the lining of the small intestine. It prevents the intestine from absorbing parts of food that are important for staying healthy. In this article, questions are raised regarding research that claims that people with celiac disease also have reactions to non-gluten proteins.

From research, scientists have discovered that when someone with celiac disease eats gluten (group of proteins), it causes an immune reaction. Such symptoms are diarrhea, abdominal pain, anemia, and nutritional deficiencies. The current treatments are to avoid all gluten-containing foods. Armin Alaedini, Susan B. Altenbach, and their colleagues wanted to further investigate this.  They found that people with celiac disease and dermatitis herpetiformis (a rash associated with the disease) had an immune reaction to five groups of non-gluten proteins. From this, Scientists concluded that further studies regarding celiac disease and gluten should test and include non-gluten proteins.

In addition, according to the National Institute of Diabetes and Digestive and Kidney Diseases, the way to test for celiac disease is through a blood test and then a follow up biopsy on the small intestine. When people have celiac disease and it goes untreated, their body is not receiving the necessary nutrients in order for the body to grow.

I chose this article because I try to be extremely conscious of making healthy eating choices. I have found that a lot of foods don’t agree with me but bread/ gluten has never been a concern. I know people who have celiac disease and are gluten-free. However, I also know people who do not have celiac disease and eat a gluten-free diet anyway. In some cases, people who have done this have found that it damages their stomach and ruins their ability to eat gluten. I researched this topic because I wanted to learn the truth behind a gluten-free diet and when that diet is truly necessary and appropriate.

Are you gluten-free? Do you have celiac disease? Have you ever tried gluten-free products?