Sicilian Rouge tomatoes are one of the first foods made with CRISPR-Cas9 technology to be sold to the public. An article by Emily Waltz, of Scientific American, goes in depth on how these tomatoes are taking Japan by storm. Sanatech Seed, a company based in Tokyo, has edited the tomatoes to have a large amount of GABA(γ-aminobutyric acid).  According to the company, GABA supposedly lowers blood pressure and promotes relaxation when ingested orally.

In Japan, GABA is a popular addition to many foods, drinks and other products such as chocolates. Hiroshi Ezra works as both the chief technology officer at Sanatech and a plant molecular biologist at the University of Tsukuba. He says that “GABA is a famous health-promoting compound in Japan. It’s like vitamin C…That’s why we chose this as our first target for our genome editing technology. “

CRISPR has been used in a myriad of ways by plant bioengineers. Non-browning mushrooms and drought-tolerant soybeans are just a few examples of this. However, Sanatech’s Sicilian Rouge tomato was the first CRISPR-edited food known to be commercialized.

But what is CRISPR and why has it become so popular? Yourgenome.org effectively explains what the different parts of the CRISPR-Cas9 technology do. The system is made of two parts: the enzyme and RNA. The enzyme is called Cas9 and its role in gene editing is to ‘cut’ the specific genome in strand of DNA so that the mutation can be made. The RNA acts as a guide for the enzyme, which is why it is called gRNA. The piece of RNA is made of an approximately 20 base sequence that is a part of the longer RNA ‘scaffold’. When the strand binds to the DNA the 20 base sequence guides the Cas9 to the part of the genome that is meant to be cut. The scaffold is able to find the correct genome because its bases are made to be specifically complementary to the target genome. Once the genome is cut the cell recognizes the cut in the DNA and repairs it. It is when this repair takes place that the changes/mutations to the genome occur. 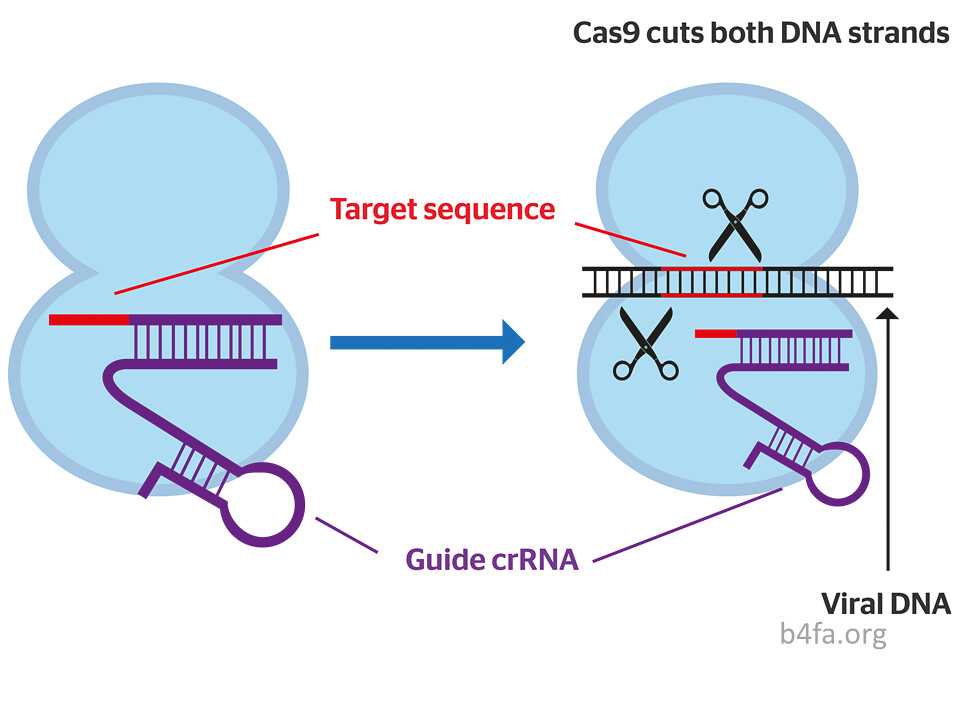 The processes of CRISPR are similar to what we learned about in biology too. During DNA replication, small complementary strands of RNA act as primers so that DNA polymerase can add to anc continue the chain. DNA polymerase also ‘proofreads’ strands of DNA for any mistakes which it would cut out and replace with the correct nucleotides. The Ligase then reforms the phosphodiester bonds which hold the nucleotides together. This process of error correction is what takes place once the Cas9 cuts the genomes.

Another type of DNA editing is called TALENs or transcription activator-like effector nucleases. A company called Calyxt commercialized TALENs through their genetically edited soybean oil that is free of trans fats. Gene editing hasn’t only been bound to plants, but also animals too. In October of last year Japan approved CRISPR two gene-edited fish. One was an edited tiger puffer which “exhibits depressed appetite suppression”. The other was a Red Sea bream which was edited to have “increased muscle growth”.

From super-crops to super-fish, it appears as though there are no limits for CRISPR in our daily lives. It’s amazing how precise technology has allowed us to alter the nutrition of the food we eat. I wonder what other possibilities lie in the future of CRISPR and how they will affect our society.