Recently in our AP Biology class, we read about advances in stem cell research. Important developments began with experiments involving mice. The scientists were able to generate induced pluripotent stem cells from mouse fibroblasts and were later able to generate iPS cells from human fibroblasts . The research as been extremely helpful and scientists were able to learn a lot through the mice cells. It turns out mice are useful for many other avenues of medical research.

“Mice have become a critical tool in the quest for new drugs and medical treatments because their genes are remarkably similar to a person’s”. Mice affected with various human ailments, such as “obesity, diabetes, cancer and countless other conditions are being used to study both the illnesses themselves and potential treatments”. 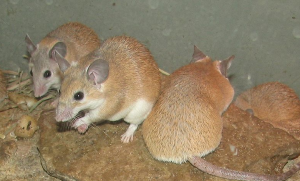 The latest “mouse sacrifice” for society involves cigarette smoke. We know that cigarette smoke heavily damages the lungs but scientists and doctors have long wondered what it does to the brain. There is an established, but “murky”, relationship between cigarette smoking and Alzheimer’s. A recent study with mice inhaling cigarette smoke significantly strengthened the suggested relationship.

This sort of research proves extremely beneficial to humans and will most likely continue to become even more popular. Already, there are as many as 25 million mice used for medical research each year.

It seems as though we will have many mice to thank in the future.