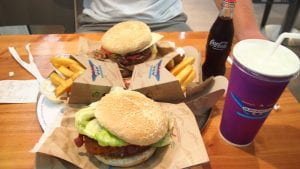 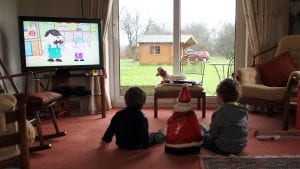 Cosmetic surgery has transformed over the years from mainly consisting of correctional procedures, to becoming a 16 billion dollar industry as of 2016.

The first true cosmetic surgeon Gaspare Taliagozzi, believed that the purpose of cosmetic surgery was to “restore to wholeness the features which nature gave but chance destroyed, not that they may charm the eye but that they may be an advantage to the living soul….The end for which the physician is working is that the features should fulfill their offices according to nature’s decree.” Especially because of the previously deadly risks of many of the cosmetic procedures we now find commonplace, it was unimaginable that cosmetic surgery would ever become a norm for a society. Now that it cosmetic surgery is so ubiquitous, it leads us to question the many ramifications that come from publicly promoting it.

Ramifications and Roots of Popular Procedures

Many popular cosmetic procedures such as Blepharoplasty (eyelid surgery) and Rhinoplasty (“nose jobs”) are actually deeply rooted in racism and anti-semitism. Blepharoplasty is the most popular cosmetic surgery in Asia, and it consists of adding a crease in the eyelid. This procedure gained popularity during the westernization of Japan, when the first surgeon to implement it, Mikamo, stated that single eyelids were “monotonous and impassive”, while double eyelids were more appealing. On one hand, Blepharoplasty is used to improve problems with vision, but it is also done to “fix” the race-based insecurities caused by the cosmetic surgery industries’ advertisements. 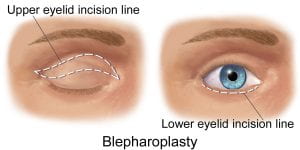 Rhinoplasty is also a common surgery, which was initially done by most surgeons to “save” the patient from the stigma of resembling Jews, despite the fact that it initially left external scarring. Despite the part of the Hippocratic Oath that states “Do no harm,” many physicians continue to execute purely superficial surgeries despite their many risks that can even include the chance of losing vision as in Blepharoplasty.

Oftentimes, advertisers for such surgeries will have to prey on the insecurities of everyone exposed to their very public advertisements to make their procedure seem more desirable, which is why it is no wonder that 80% of American women are dissatisfied with their appearance. Are we really willing to sacrifice the mental wellbeing of millions for the mere sake of capitalism? Do these types of advertisements reinforce eurocentric beauty standards?