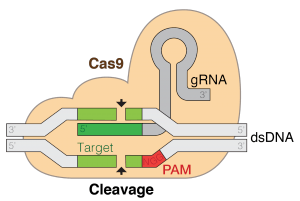 It is known that many disease-causing pathogens are resistant to current antibiotics. This new technique, Mobile-CRISPRi, is helping to change that. Mobile-CRISPRi allows scientists to “screen for antibiotic function in a wide range of pathogenic bacteria.” Scientists used of bacterial sex to transfer Mobile-CRISPRi from laboratory strains into any diverse bacteria. This easily transferred technique will now allow scientists to to study any bacteria that cause disease or help one’s health.

To break it down, Mobile-CRISPRi “reduces the production of protein, from targeted genes, allowing researchers to identify how antibiotics inhibit the growth of pathogens.” This will allow researchers to more thoroughly understand different bacterias’ resistance to current antibiotics.

Unlike CRISPR, which can split DNA into two halves, CRISPRi is a defanged form that is unable to cut DNA. Instead, it stays on top of the DNA, blocking other proteins from being able to turn on a specific gene. 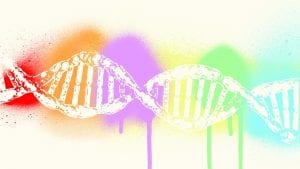 It has been proved that a decrease in the amount of protein targeted by an antibiotic will make bacteria become more sensitive to lower amounts of that same antibiotic. This evidence association between “gene and drug” has allowed scientists to “screen thousands of genes at a time,” as they try to gain more knowledge about the mechanisms of how antibiotics work in organisms to improve those on the market now.

In order to study how antibiotics directly work in pathogens, researchers needed to make this CRISPRi mobile, or easily transferred onto different bacterias. There were two tests done to test CRISPRi’s mobility using conjugation. One involving a transfer of CRISPRi to the pathogens Pseudomonas, Salmonella, Staphylococcus, Listeria, and others, and another involving the bacteria that grows on cheese. 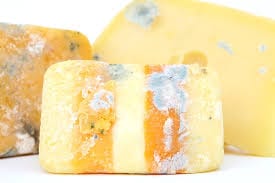 Science Daily describes the “landscapes of microbes cheese creates as it ages.” A bacteria called “Vibrio casei” was found on a French cheese in a lab back in 2010. With bacteria that have been taken out of their environment, it is hard to manipulate and study said pathogen’s genes, like “Vibrio casei.”

However, the mobile-CRISPRi was able to easily transfer onto the strain of  Vibrio casei that was discovered back in 2010. This has given scientists a new way of understanding how bacteria colonizes and ages cheese.

Peters, the head researcher of mobile-CRISPRi is generous enough to offer this system to other scientists who would like to study other germs. With this technology being available to others, scientists could potentially see first-hand how antibiotics work in pathogens, and use that information to improve those that currently exist, hopefully getting rid of these bacterias like pseudomonas, or listeria before they kill the human they are inside of.

The perception of taste varies according to the genetic makeup of different individuals. In fact, these taste genetics can determine whether a person will prefer coffee or tea. 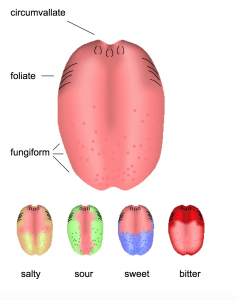 There is a version of a gene that increases sensitivity to the bitter taste of caffeine. Those with this gene tend to be coffee drinkers, as they are able to detect caffeine’s bitterness. Research was conducted to connect DNA gene variants to the recognition of bitter taste of chemicals, caffeine, quinine, and propylthiouracil, testing different people’s DNA from around the world. Analysts then calculated each person’s variants in the taste genes, creating a genetic score for how intensely the person tastes each of the bitter chemicals. Researchers connected these statistical analytics to said people’s lifestyle in relation to the beverages of their choice: coffee or tea.

It was determined that people who had the highest genetic score for detecting caffeine’s bitterness were 20 percent more likely to drink a lot of coffee, while those without or less of the increased sensitivity gene were stated to be tea drinkers.

Prior to this research discovery, it was thought that people with “increased sensitivity” to bitter tastes would tend to avoid bitter foods or drinks. However the choice of drinking coffee or tea may not only result from this gene sensitivity. The study coauthor, Marilyn Cornelis, a nutritional and genetic epidemiologist at Northwestern University Feinberg School of Medicine, says “coffee drinkers may have learned to enjoy caffeine’s bitterness because it’s a sign of the buzz the chemical provides. But tea drinkers may not actually like the bitterness of propylthiouracil and quinine.” This means that tea drinkers may exist only as a result of the rejection of coffee, as caffeinated tea still gives the consumer a slight “buzz.” Although the role of bitter taste genes on whether a person is a coffee or tea drinker is still not completely certain, researchers have made strides with this last test report, as it is now known that taste genes are somewhat linked to coffee and tea consumption.

As an avid coffee drinker myself, I believe it is possible that I possess these taste genes. My dad, and his mom (my grandma) both are heavy coffee drinkers, so I think I can now say, “it is in my DNA to be addicted to coffee.” 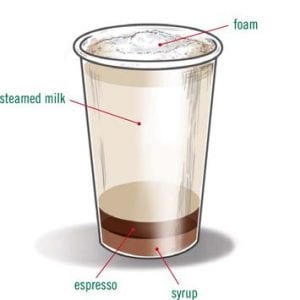 You Can No Longer Blame Your Parents for Your Problems

Recently, researches have determined that it is not genetics, but the environment that shapes the formation of a microbiome will impact disease onset and progression.

Eran Segal, a computer scientist and computational biologist at the Weizmann Institute of Science, and his colleagues went to Israel to conduct their investigation into where diseases truly come from. They chose Israel because of its genetically diverse population of Jewish people. In collecting blood and stool samples from over 1,000 Israeli adults from different backgrounds (i.e. Ashkenazi, North African, Yemenite, Sephardi, and Middle Eastern descent), researchers compared the different genetic profiles and ß-diversity of the microbiome samples of said adults. The results were shocking: genetics determined a “very small fraction of the variability that is seen across the microbiomes of people.”

To further prove the degree of which the environment influences the microbiome, Segal and his colleagues examined the microbiome compositions of related individuals, who never lived in the same household, and unrelated individuals, who lived together. The results showed that those who were unrelated and lived together had similar microbiomes, while those who were genetically related’s, but did not live in the same environment, microbiomes were different.

Segal’s research proves that although some bacteria in the microbiome is heritable, they make up a small percent of the microbiome. Segal and his colleagues wanted to take their research one step further, and examine if host phenotypes can be predicted from microbiome composition. Instead of only using genetic data to predict a phenotype, researchers used both genetic and environmental factors, which gave them a more accurate prediction of a human phenotype.

This study is very important in figuring out the most efficient way to fight diseases. It is vital to know which bacteria are not heritable, so that doctors can use the composition of microbiome to determine how to treat an illness. I believe that the combination of the microbiome, environmental factors, and genetics is key to understanding a disease, and knowing how to treat it. Since it has been discovered that environmental factors play a huge role in forming the gut microbiome, I am curious if scientists will use this information to control the environmental factors surrounding an infant, and see if that impacts any diseases said infant comes in contact with during its lifetime. 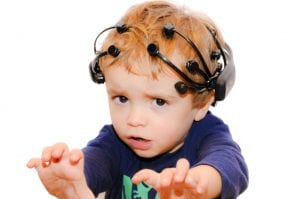