Going into the Brain with CRISPR

CRISPR is a relatively new tool that allows the editing of genomes via cutting and editing through the Cas-9 protein. There are unlimited opportunities and potential with this tool, and scientists are seeing the capability of CRISPR on rat brains.

Despite the advances of CRISPR, it is still difficult to work on central nervous system. Yet, scientists are working on the expression of the genes of rats involved in learning and memory, plasticity, and neuronal development. This technique paves the way for researchers to probe genetic influences on brain health and disease in model organisms that more closely resemble human conditions.

CRISPR is important in the field of neuroscience because it helps scientists understand brain development and neurological diseases like Alzheimer’s.   According to Harvard, CRISPR is the perfect technology to figure out if disrupting certain genes causes neurological disorders like OCD and autism.

In my opinion, the first step of understanding CRISPR’s effects on the mind is to test it out on similar, but less developed brains like rat brains. I do believe that CRISPR is the future of medicine and understanding the brain further and I can’t wait to work with this incredible piece of technology.

Schizophrenia  is a chronic and severe mental disorder that affects how a person thinks, feels, and behaves. People with schizophrenia may seem like they have lost touch with reality. 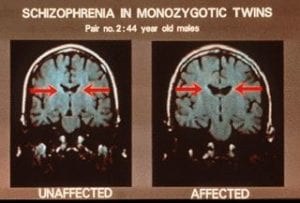 New research from Johns Hopkins Medicine and Sheppard Pratt Health System shows that people in the study with schizophrenia also have higher levels of antibodies against  mono.

Researchers proposed two explanations for the association. The first one is that  schizophrenia might alter the immune systems of these patients and make them more susceptible to mono. On the other hand, having mono might increase the risk of Schizophrenia

Even though the intention of this study wasn’t to determine cause and effect, Robert Yolken wanted to see the relationship between the two since in some cases, mono spreads to the CNS and causes persistent infection.

The results were that people with schizophrenia were 1.7 to 2.3 times more likely to have increased levels of some EBV antibodies compared with people without schizophrenia. What is interesting is that the antibody count did not increase with viruses like chicken pox or herpes. Only mono was associated.

After that, the researchers sequenced a portion of the participants’ DNA to determine their genetic risk for schizophrenia. It turns out if there is increased genetic risk and increased antibody levels for mono, they are 8 times as likely to have schizophrenia compared to the average person.

Thus, Yolken believes the “treatment of Epstein-Barr virus might represent an approach for the prevention… of… schizophrenia.”

Personally, I believe that mono is a factor in increasing the risk of getting schizophrenia since these correlational studies had a statistically significant result.

We as humans are a very genetically diverse species. But what if we could find microorganisms that have over 150 times more genes right within our own guts. Scientists believe that human microbiomes is the key to treating diseases in the future and some analysts believe that the field of human microbiome market will reach $3.2 billion by 2024.

Lack of microbiome diversity has shown to cause diseases like MS, diabetes, and asthma. So microbiomes have demonstrated themselves to be a key component of our health. To better understand these links, many projects launched in the past few years have focused on mapping microbial genesthat are associated with disease. For example, there are certain microbiomes that make cancer drugs ineffective whereas others are actually necessary to make these drugs work. Thus, a patient’s microbiome makeup directly correlates to their survival chances. So the next step in the Microbiome market is modifying the microbiome to work for the patient.

One older technique of doing this is traced back to China thousands of years ago where they would transplant whole microbial communities to treat diarrhea also known as Fecal microbiota transplant (FMT). A more defined approach is where beneficial bacterial strains are delivered, alive, to the patient’s gut.

In the UK, a company called Microbiotica transfers non-pathogenic strains of C. difficile to fight C. difficileinfections, IBD, and cancer. Even though these approaches have drawn a lot of attention to the field, some scientists argue that the bacteria we ingest are not as well adapted to living in our gut as those that have been living there for years thus are not effective.

In France, an opposite approach is used by Enterome where drugs target specific bacteria leaving the rest to the gut microbiome intact. This approach is aimed at treating Chron’s diseaseand cancer.

Since this is a rather new field, there are newly emerging companies along with groups who do not believe in the practice. Personally, I do believe in this practice because there is already a strong correlation between our immune system and specific microbiome strands. With microbiome treatments comes microbiome diagnostics to determine which patients can benefit from these therapies. Thus a high number of approaches will initially fail to treat disease. So far, gut infections and inflammatory diseases seem to be strongly correlated to the gut microbiota, so that will be an area where more research should be applied.  A crucial challenge for the field will be to move from correlation to causation, and a lot of research is still needed for that. 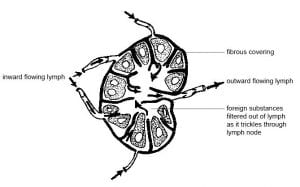