The University of Illinois Chicago participates in clinical trials to cure severe red blood congenital diseases such as sickle cell anemia by safely modifying the DNA of patients’ blood cells. In the CRISPR-Cas9 Gene Editing for Sickle Cell Disease, researchers reported that gene editing modified stem cells’ DNA by deleting the gene BCL11A. This gene is responsible for suppressing fetal hemoglobin production. Then, stem cells start producing fetal hemoglobin so that patients with congenital hemoglobin defects make enough fetal hemoglobin to overcome the effect of the defective hemoglobin that causes their disease.

Sickle cell disease is an inherited defect of the hemoglobin that causes the red blood cells to become crescent-shaped. These cells can lyse and obstruct small blood vessels, depriving the body’s tissues of oxygen.

The first two patients to receive the treatment have had successful results and continue to be monitored. Rondelli is on the steering committee for an international clinical trial. The gene manipulation does not use a viral vector as with other gene therapy studies, but this is done with electroporation which is known to have a low risk of off-target gene activation, according to Rondelli. As the strand for the hemoglobin production is very small, being off-target would not allow the treatment to work.

The treatment is created by a small strand of DNA from stem cells that don’t have the gene BCL11A. Researchers do this by editing the strand of DNA by splitting the DNA with a Helicase protein. Then once it is split, it begins to replicate the DNA using small RNA fragments. The researchers then use a specific strand of RNA that does not have a defect. Since they do not have this particular gene, they can produce hemoglobin freely. Now that the cells are producing hemoglobin, they should be able to create enough to stop the blood cells from crescenting. They insert the DNA by electroporation, where the doctors then introduce electronic waves that allow the cell to open. Once the cell is open, the DNA can enter the blood cells. 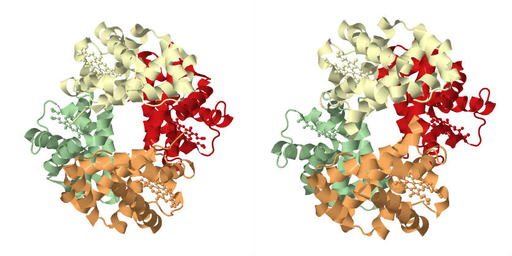 This clinical trial is still in its early stages, so it is not used around the world. Though it is promising, it has not been through enough trials. I am not sure if it will get to that stage, do you?

A rice farmer would be sloshing through inches of water amid lush, green rice plants in a typical year. But today, the soil lies naked and baking in 35 degrees Celsius or 95 degrees Fahrenheit heat during a devastating drought. The drought started in early 2020, and conditions have progressively gotten worse due to climate change. Low water levels in reservoirs and rivers have forced farmers to slash their water use. One farmer named Rystrom says, “We’ve had to cut back between 25 and 50 percent.” He’s relatively lucky. In some parts of the Sacramento Valley, he says farmers received no water this season in the United States, depending on water rights. 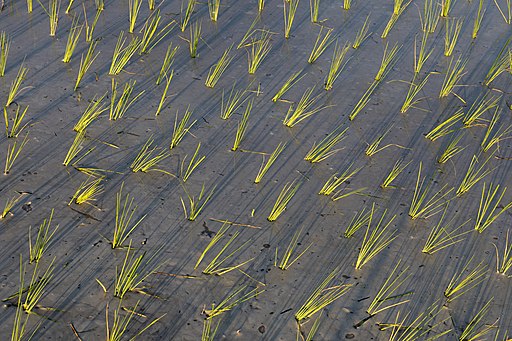 California is the second-largest U.S. producer of rice, and over 95 percent of California’s rice is grown within about 160 kilometers of Sacramento. Rice growers in the valley below count on the range of mountains that contain snow to give them enough water for the season. In spring, melting snowpack flows into rivers and reservoirs and then through an intricate network of canals and drainages to rice fields that farmers irrigate in a shallow inundation from April or May to September or October. If too little snow falls in those mountains, farmers like Rystrom are forced to leave fields unplanted. On August 4, Lake Oroville, which supplies Rystrom and other local rice farmers with irrigation water, was at its lowest level on record.

Water is a fundamental part of the process of photosynthesis. Water acts as a reducing agent by providing H+ ions that convert NADP to NADPH. This electron loss must be fulfilled by electrons from some other reducing agent. Hydrogen ions thus released create a chemical potential (chemiosmotic) across the membrane that finally results in ATP synthesis. Photosystem II is primarily known for its use of water to fuel its system, which fuels Photosystem I. Since there is a lack of water in Rystrom’s rice fields, the photosynthesis that would occur in the rice plants cannot happen. If there is no water, there is no photosynthesis, and if there is no photosynthesis, there is no rice. The water allows the rice plant to go through the two Photosynthesis Cycles and then the Calvin cycle, which allows for glucose production. Glucose enables the plant to grow and mature. If the plant cannot grow, there will be no rice.

If the water in the California Valleys continues to plummet, California may not feed half of the world. If and maybe even when that happens, the rice market will not function. Water is so important to these farmers and so crucial to the plants. Is it possible to save the water we have left? Is it possible to reverse our mistakes with global warming to save these farms? I honestly don’t know, but I am willing to do what it takes to preserve what we have left.

Should Scientists Continue With the Production of Merck’s Covid-19 Pill?

In a recent clinical trial to test Merck’s Covid-19 pill, Scientists have found that the drug showed early signs of preventing hospitalization and death from the coronavirus in people at high risk of severe disease. Merck’s Covid-19 pill would be taken orally to prevent the replication of certain RNA viruses to prevent the spread of coronavirus. The drug molnupiravir was the driving factor of this pill that would allow it to show such high results. The antiviral medication works by making mutations in viral RNA so that viruses are rendered noninfectious. Such mutations happen throughout the virus’s genetic genome.

A 48 percent reduction in the relative risk of hospitalization or death. Despite this, on November 26, Merck announced in a news release that when all the available data from the trial was in, the relative reduction risk fell to 30 percent. After being reviewed by the FDA, the scientists determined that the placebo group and the molnupiravir group were too similar to declare the drug effective. They came to a 13-10 split decision vote about whether the drug should be immediately sent out for emergency use. The vote and debate reflected a storm of uncertainty about the drug’s efficacy and who should use it. Not only was there a debate, but the panel also queried whether the drug could lead to an even more dangerous version of the coronavirus and whether it can cause growth delays in children or mutation in human DNA. The drug is an artificial RNA building block, a nucleotide, that can mimic cytosine and uracil bases. Some enzymes in human cells might convert those RNA subunits to a DNA building block, which may lead to mutations in human DNA, especially in blood cells.

“The potential for this drug to drive some very challenging variants into the public is of major, major concern,” said James Hildreth, an immunologist, and president of Meharry Medical College in Nashville. Merck representatives noted that it is doubtful because infectious viruses were no longer detected after five days of taking the drug dosage. In one of their studies, the company found seven patients who had changes in the coronavirus’s spike protein after taking molnupiravir. Still, there was no evidence that the viruses spread to other people.

The question of whether Merck’s Covid-19 Pill will work is still very unknown due to the symptoms it may cause and the side effects that come along with it. The question may never be answered due to the progressively changing varients of the coronavirus. We should continue testing this drug and modifying it to have the best outcome and the least amount of side effects. What do you think about these new drugs? What next steps should scientists take to make it available to the public? Should we release it to the public?

Unknown to most, smoking can lead to blindness and severe vision loss. Smoking is usually tied to causing heart attacks, cancer, and pregnancy complications, but it can also be tied to glaucomas and cataracts. We tend to focus more on the inhalation of cigarette smoke rather than its effect on the surface of the eyes. These surface eye effects occur in inner regions of the eye: the retina, optic nerve, and lens, respectively. Scientists have now discovered that smoke and aerosols from heated tobacco devices also kill cells in the outmost layer of the eye: the cornea. A biomedical researcher from Gifu Pharmaceutical University in Japan named Wataru Otsu said “This is the outermost surface of the eye that is exposed to environmental factors like chemicals, light, and infection,” found in the research article on Scientific American.

Otsu and his colleges performed experiments on corneal cells by exposing them to the smoke of tobacco products for 24-hours. They found that the cells exposed to tobacco smoke died more often than cells that had no exposure. A closer look into the experiment revealed that the cell membrane was damaged due to clumps of iron and an abundance of damaged ferritin: a protein that stores iron needed for DNA synthesis and division. Ferritin is the level of iron in the blood that allows doctors to see whether you have a high or low level of iron. When the cells were exposed to tobacco in high amounts, the signs of damage caused the cell to a programmed cell death driven by iron called ferroptosis.

The effect of tobacco products on the corneal cells leads to ferritin inside the cell starting to break down. When this occurs stored iron begins to be released. The iron will then bunch together and start to react with naturally occurring hydrogen peroxide. Normally the cells’ repair system can cope, but when too many are formed at the same time, they damage the fat in is the phospholipid bilayer, it triggering the lysosomes to explode and causing the cell to die. The breakage of the lipid cell membrane causes the nucleus of the cell to send signals to the lysosomes to start the break down the cell. Eventually, a mass amount of cells in the cornea will break down and begin to make the person go blind.

Though the study proved that smoke from tobacco products is harmful to the corneal cells it cannot be determined how fast the effects can take place. Since the study was on corneal cells rather than a live eye, scientists are unable to predict how fast these cells will self-destruct in a human eye. The next step for this is to conduct experiments on animals involving vaping and the harmful effects it may have. Do you think it will have the same effects?