What is the Microwave?

So I’ll assume you all know what a microwave generally is. That black white or silver box on your kitchen counter that heats up your pasta at 1am. Letting you know its done with an alarm that’s far too loud. But what is it actually? How does it work? As stated in the first paragraph of this article, the discovery of the microwave was just an accident. The Microwaves emitted by various pieces of equipment were enough to heat foods and in the case of the story from the article, melt the scientist’s snack. The production of the microwave blew the minds of many. Providing a quick and easy way to near-instantly heat your food. 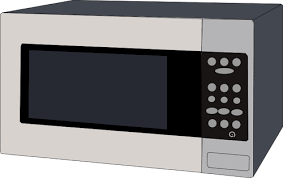 How Could It Be Bad for You?

Throughout my life, my father has always told me not to stand directly in front of the microwave while it was on. No matter how much I liked watching my snack spin and spin and spin in the magical machine, the thoughts of the horrifying radiation hurting me overtime was enough to deter me. But it is, in fact, untrue that microwaves cause cancer or any type of injury/illness due to its radiation. The device would need to be putting out much higher frequency wavelengths, not the microwaves that your microwave lets leak out through the door.

Is Your Microwave Killing You?

No, the answer is most likely no. More of the issue is what you are putting into the microwave. Putting metal in the microwave can be a terrible idea. Speaking from experience I’ve seen silverware spark in the microwave. Depending on the type of silverware and variety of utensil it may not go as poorly but never the less is a bad idea to try. Also, many sources suggest against putting plastic into the microwave just because of the interaction high heat and soft plastic can have together. As well as possibly melting, there is some interesting research to see if the heat will cause chemicals to leach into your food. Something that only sounds like a bad thing for human health. So is your microwave killing you? Most likely not, just use some common sense when reheating your leftovers in the middle of the night.

Secure Passcodes : Not Just For Your Computer… But For Your Gut

What is the Human Gut Microbiome?

Human gut microbiomes are made up of all the bacteria present in your gut. The Bacteria in your gut outnumbers the cells by a ratio of 10 to 1. While the presence of that much bacteria sounds like a bad thing, it can be confirmed that “the gut microbiome is very important for human health—that much we certainly know”.  The nearly 100 billion Bacteria cells per gram are actually what helps the body digest food and remove the bacteria that is bad for your gut. 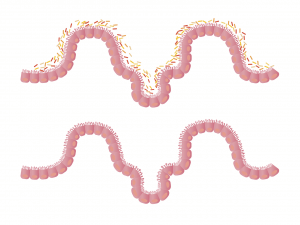 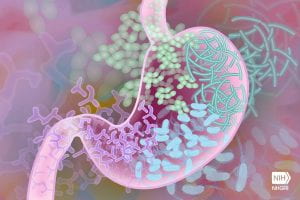 As said above, the human gut microbiome is essential to digesting food but more importantly keeping our body healthy. The thought of controlling a person’s gut bacteria in order to keep them healthy and fight illness is fascinating to scientists. The key to using the microbiome to fight sickness is in the “passcode” that is essential to unlocking its potential. Each microbe, according to recent research, requires a unique passcode. The research done by scientists according to phys.org says that once there is a way to determine the “passcode” it will unlock a whole new world of probiotic treatment in the future.

Why Else is the Microbiome important

According to other research done within the past few years, it has been found that sleep can also be linked to the human gut and stomach. The quality of sleep a person gets can be linked to their “biological rhythms, immune function, and nutrient metabolism” however it is still unknown to what extent the microbiome is affecting human sleep.

While researchers still have many questions about the human gut microbiome and how it contributes to health, wellness, and overall human biology, once they have come to some more concrete conclusions the impacts of controlling the bacteria in the human gut would exponentially improve the health of many people. It may sound weird that your bacteria have a “passcode” with which to be controlled, but hey, conclusive findings of the microbiome could even help you get a better night’s sleep! And who doesn’t want that? 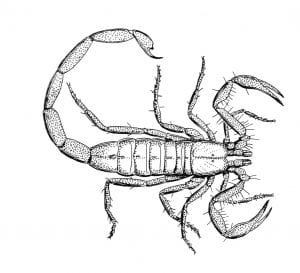