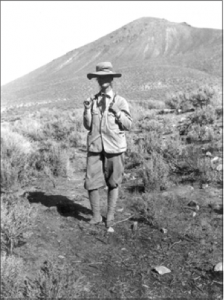 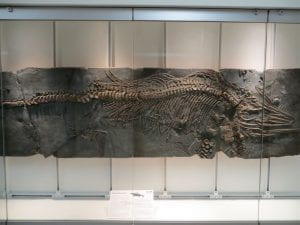 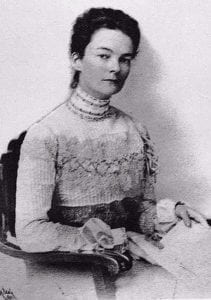 It’s the debate that’s been going on since Covid-19 first reached the United States. Are masks and social distancing really necessary? Some people seem to think that it’s not, which is honestly ridiculous. There is so much proof that it is necessary, so I’m going to show it to anyone who doubts it. 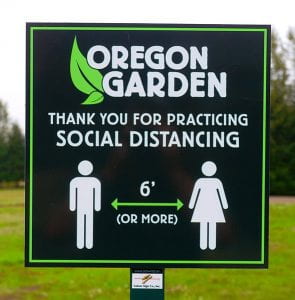 We see these signs all the time now. But is social distancing really necessary?

According to the American Institute of Physics, the Contagion Airborne Transmission (CAT) inequality model can show how, based on how the virus spreads, masks and social distancing are effective.

The article starts with researchers from Johns Hopkins University and the University of Mississippi employing basic concepts of fluid dynamics and factors in airborne transmission to propose the CAT inequality model. Not all factors are known, including environment variables and amount of particles needed to trigger an infection. However, it can still be used to assess relative risks.

When a virus like Covid-19 enters the body, the body fights off the virus. It is first fought off with innate immunity, a defense that activates immediately upon infection. It’s nonspecific and rapid. If that proves to be unsuccessful, then adaptive immunity (aka acquired immunity) develops after exposure. It is very specific, though slower. The B-cells of the immune system bind and neutralize the pathogen, while T-cells eliminate any infected cells. There are also B and T memory cells that help recognize the pathogen if a host ever gets reinfected, speeding up the immune response. However, the Covid-19 virus is new. People getting infected do not have these memory cells and the immune system needs more time to react and defend themselves. Time that the virus takes to wreak havoc on the host’s body.

These researchers are able to determine the precautions necessary to prevent transmission. According to their research, increasing physical distance does increase protection. Author Rajat Mittal says doubling your distance generally doubles your protection. The scientists have also found masks to be protective. A simple cloth mask can provide significant protection and reduce the spread of Covid-19.

Physical activity that increases breathing rate and volume of people are still issues when it comes with transmission, which is why reopening schools, malls, and gyms have hard implications.

The CAT inequality model is inspired by the Drake equation in astrobiology. The Drake equation is a formula that gives us an idea about how many alien societies exist and are detectable. The equation estimates the number of transmitting societies in the Milky Way galaxy through a factorization.

Similar to the Drake equation, the model develops a factorization based on the idea that airborne transmission occurs when a person inhales a viral dose. It includes variables added at each of the three stages of airborne transmission, including breathing rates, number of virus-carrying droplets expelled, the environment, and exposure time. This model could also apply to airborne transmission of other respiratory infections like the flu, tuberculosis, and the measles.

Researchers are continuing to look closer at face mask efficiency and transmission details in high-density of outdoor spaces. However, the CAT inequality model shows that a person is less likely to inhale a viral dose if they wear a protective mask and keep their distance.

On March 2nd, two giraffes were found dead after a thunderstorm in Rockwood, which is a private nature reserve to the west of Kimberely, South Africa. The elder, a five year old female, had a fractured skull as well as a broken ossicone (knoblike horns). These injuries indicate she had died after a direct lightning strike to the head. The second giraffe, a four year old female, was found dead  about 23 feet away from the first giraffe. There are no visible injuries on the second giraffe. 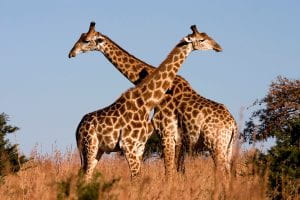 2 giraffes hanging out in the sun. But what happens when lightning strikes?

According to Ciska P.J. Scheijen, a student in the Department of Animal, Wildlife, and Grassland Sciences, wrote a paper describing the event. In the African Journal of Ecology, Scheijen describes four ways lightning can kill an animal. It can strike the animal directly, as seen in the older giraffe. It can hit as a “side flash”, which is when the lightning arches into the animal’s body after striking a nearby object. It can also kill through “touch potential” (when the animal is in contact with a lightning-struck object) or “step potential” (when the animal is in contact with lightning-struck ground). It can be inferred that the second giraffe either died from a side flash or step potential.

The giraffes were in an area without trees, making them the tallest things in the area. Knowing this, I bet you and I are wondering the same question. Yes, “Do giraffes get struck by lightning more often than other animals?” The question we all need answered!

There have been a few incidents of giraffes dying of lightning strikes, including one at Disney World’s Animal Kingdom. However, there aren’t any real concrete numbers to determine a conclusion.

Yet, Universiti Putra Malaysia electrical engineer Chandima Gones wrote a paper on animal lightning strikes. He states that “animals with a large separation between their front and back feet…are vulnerable to receive lightning injuries due to the dangerous potential differences that may built up between these feet…” Gomes also writes how taller animals (lik giraffes) are more likely to be victims of side flashes and touch potential if near a lightning struck tree. Without clear cut numbers, though, it’s hard to be sure if giraffes are struck at higher rates than other animals.

Getting struck by lightning is extremely rare, but death by electrocution is a scary thought.

But there’s another factor involved in the deaths of the two giraffes back in March that is important. There was a thunderstorm. It was raining.

Water is a covalently bonded molecule containing two hydrogen atoms and one oxygen atom. It is a polar molecule because oxygen is more electronegative than hydrogen. Water has many cool properties. For example, it has an unusually high specific heat, making it harder to change its temperature. Because of this specific heat, it allows living creatures that are largely made of water (like us) to resist drastic changes in the body. Water keeps us alive.

Water is an extremely important molecule for life, including our own. However, when electrocuted, it could very well kill us. We all know we shouldn’t swim in a thunderstorm, but did you know wet skin has 100 times less resistance than dry? That’s right: the amount of water in the body is a huge factor in whether or not you would survive an electrical shock.

Of course, the giraffes didn’t know this. They couldn’t find shelter during the thunderstorm that ultimately led to their own demise. While we may never know if giraffes are more susceptible to electrical shocks by lightning, we do know it’s wise not to mix water and electricity.