At the start of the new year all of the scientists working in different fields being to create a schedule of perceived accomplishments that will occur in regard to their specific field of study. In the term of the people working with CRISPR, they speculate that the first in body injection in order to conduct real time genome editing will occur in 2020. Prior to this year, CRISPR has been used to edit and alter the DNA of red blood cells outside of the body, but the scientists working with this new form of biological technology belief that this year it will be used the way it is intended to be used. 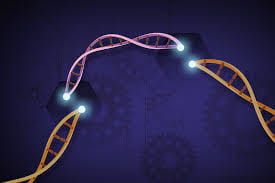 CRISPR was originally found in 2012 inside bacteria in order to help stop viruses from infecting them. Scientists saw the possible benefit of this in humans and through years of research discovered that CRISPR can help place another enzyme Cas9, which snips out parts of DNA, in a correct spot on the genome to alter and edit a person’s DNA code. While over time some scientists have wondered about the ethics of this new discovery, most are excited by all of the possibilities that CRISPR has on curing diseases.

Currently, the reason that CRISPR-Cas9 has become a talking point recently was due to the fact and difference between gene editing “in vivo” versus gene editing “ex vivo”, meaning within the body or outside the body. Scientists working with CRISPR have been able to understand how editing “ex vivo” works. They are able to see the genes they want to edit and watch the process occur. This is also easier for the scientists because if the editing messes up, they do not need to reinsert the altered cell back into the body. On the other hand, “in vivo” gene editing is much more efficient and can be completed through a simple injection, but may cause dangerous consequences, such as cancer, if a mistake is made in both the scientists’ coding of the CRISPR or in the process done by the CRISPR itself.

Now that scientists are starting to attempt to move from “ex vivo” editing to “in vivo” editing, all of these questions and issues are being brought up. With lots of labs around the country working on moving into “in vivo” editing and an FDA approval for the procedure, the first CRISPR-Cas9 “in vivo” gene editing is bound to happen soon. Hopefully, this new biological technology does its job properly and gives hope to those who have various currently seemingly incurable disease. If successful, CRISPR could revolutionize medicine itself to make it more efficient and effective. Feel free to comment about how you think CRISPR will do in the first “in vivo” test and how it could effect life later on.

The Human Gut Microbiome: Cooperation or Competition within Our Bodies

The human gut microbiome is home to many different types of small bacteria which help the human system function. These intestinal bacteria hold millions of genes that assist with human metabolic function. However, over time scientist have become more interested in the interaction between these bacteria and the human system in regards to diseases that they may prevent through their creation of micronutrients. The most common of these micronutrients are B-vitamins. These B-vitamins specifically, B-1,2,3,5,6,7,9, and 12 are all produced by the bacteria in the human gut microbiome. Along with queuine, these micronutrients allow the gut microbiomes to grow and assist in human bodily functions. In the study lead by Andrei Osterman, the goal was to investigate these microbiomes more and their influence on the human body through their creation of micronutrients.

The scientists on the study’s first objective was to determine the way that the microbiomes created their micronutrients. There are two methods in which the microbiomes can produces these vitamins, de novo or dependent. The ones that produce it de novo mean that they create with own micronutrients through their own process, while the others are dependent on the micronutrients of other microbiomes either older ones or ones close in distance to it. This idea brought about the question as to do the two types of microbiomes compete for these resources or do they coexist. Surprisingly, through research, the scientists discovered that the two types of microbiomes actual peacefully coexist and cooperate in the sharing of the resources. Instead of the dependent microbiomes stealing from the de novo ones, they actually understand the importance of their providers and work with them in return for their micronutrients. 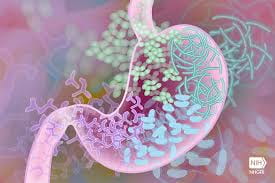 As the scientists learned more about the pathways in between the different types of microbiomes, they also discovered that some of their original predictions were incorrect. While they believed to have discovered through the phenotype which microbiome was de novo and dependent, with more information on the subject, they began to see the flaw in their original thinking. They discovered that some of the predetermined microbiomes actually were both part de novo and dependent. They had a place to create micronutrients while having downstream pathways to receive it.

Through their research, Osterman and his team were able to discover facts about the way the human gut microbiomes transfer and create nutrients and vitamins to transport to other microbiomes and the human host itself. While very important to our bodies, it is strange to think about the different types of bacteria living in ourselves and their over microbiomes that they have within us. Please feel free to comment your ideas regarding the whole entire world that lives within ourselves in septic our human gut microbiomes. 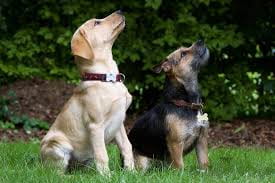 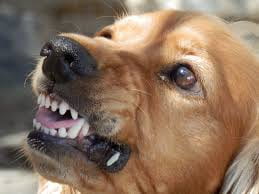