The genetic editing tool, CRISPR-Cas9, is making greater strides regarding RNA linked diseases. The knowledge of how CRISPR-Cas9 can affect DNA has increased over the past couple of years. By targeting the DNA with CRISPR-Cas9 scientists have found new ways to modify protein production and treat certain diseases, which led to editing genes. However, now there is inquiry about what would occur if CRISPR-Cas9 targeted RNA.  Many diseases are linked to RNA and by targeting RNA with CRISPR-Cas9 we could find new treatments to fight off cancer, autism, and X-syndrome. Researchers at University of California, San Diego School of Medicine have been able to accomplish targeting the RNA. Gene Yeo, PhD, associate professor of cellular and molecular medicine hopes to use this technique to fix RNA behavioral diseases. 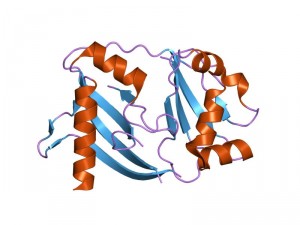 RNA can affect when and where proteins will be produced, but if the RNA transport is deficient than it can cause diseases from autism to cancer. Evaluating RNA movement will allow new treatments to be found.  Yeo and colleagues at the University of California, Berkeley, have created RCas9, which is targeting RNA in live cells. They were able to do so by altering certain features of the CRISPR-Cas9. A short nucleic acid, PAMmer, that they designed was used to direct CRISPR-Cas9 to an RNA molecule. They then targeted RNA that encodes certain proteins which were ACTB, TFRC, and CCNA2. The CRISPR-Cas9 would combine with a fluorescent protein to reveal the movement of RNA into stress granules. This allowed the team to track RNA through the live cells without using artificial tags, which are normally used to track RNA.

CRISPR-Cas9 is opening new ways to find out more information to fix diseases regarding DNA and now RNA. There has been controversy regarding CRISPR-Cas9 because it is a tool to edit genetic material, but in this case it is helping us fight off diseases that have been affecting lives for ages. Do you believe that CRISPR-Cas9 should only be used for certain cases or that people should be able to use it freely?

Is It Time to Rethink Your Oral Hygiene?

Do you keep up with your oral hygiene? If not, hopefully this will change your mind. There is a bacterial species, Porphyromonas gingivalis, which relates directly to gum disease. However, new evidence has been found that 61 percent of the patients who have esophageal cancer of the type squamous cell carcinoma also have P.gingivalis.  Therefore, we can hypothesize that Porphyromonas gingivalis is possibly a direct factor to obtaining esophageal cancer. Ph.D., assistant professor of oral immunology and infectious diseases at the UofL School of Dentistry, Huizhi Wang M.D., states that gaining P. gingivalis may be a biomarker for esophageal cancer and if this can be fully confirmed there is the possibility of helping those early on with this form of cancer. 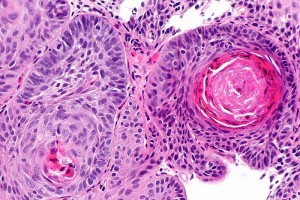 Wang and his fellow partners, Richard J. Lamont, Ph.D., Jan Potempa, Ph.D., D.Sc., and David A. Scott, Ph.D., worked with the College of Clinical Medicine of Henan University of Science and Technology in Luoyang, China. They did 100 tissue sampling tests on patients who had the ESCC and 30 patients who did not have the ESCC. Through the process they measured the amount of  lysine-gingipain, which is an enzyme that correlates specifically to P. gingivalis and bacterial cells of DNA with esophageal tissues. The results were that the lysine-gingipain was a much higher percentage in the tissue of the patients who had ESCC. Wang believes that either the ESCC cells thrive off of the P.gingivalis and they form into niches or the infection of P. gingivalis sets up the esophageal cancer to easily develop.

With this information, Wang states it is very possible that by using genetic technology and working with antibiotics the P. gingivalis can easily be targeted and the cancer cells will be eradicated. However, the easiest way to prevent this would be improving oral hygiene as a whole in order to reduce the risk of obtaining ESCC.There have been suggestions to screen for P. gingivalis in dental plaque and using more antibiotics to prevent ESCC. Do you believe that there is a need to improve oral hygiene as a whole? 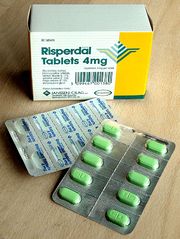 Have you ever experienced a song just playing constantly in your head? Well the consistent music playing in your head is known as an INMI, involuntary musical imagery, or earworms. There is new research on what happens to the brain when INMIs are formed. There have been several theories about INMI and how it affects the brain. 90% of people reported that they experience INMIs at least once a week. Within the 90% there was 25% of people who have INMIs several times a day. For the most part people find INMIs to be fairly pleasant. However, if you are somebody that feels as though INMIs are fairly irritating well you’re not the only one.  A third of the 25% of people found INMIs to be irritating. The people who find the INMIs to be more unpleasant their brain has a slight difference structurally and has more gray matter in the parts of the brain that are associated with emotional processing. 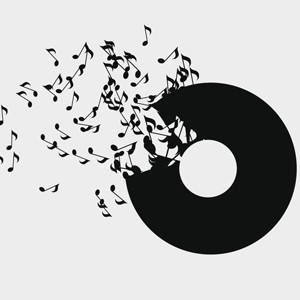 Studies also show that when you are doing actions that do not require much brain power: washing dishes, getting dressed, brushing your teeth, etc., then the brain would most likely form INMIs. The brain forms these INMIs due to lack of entertainment. Therefore, these INMIs will form in order to keep your mind busy. This theory worked during a certain study when a scientist, Dr. Stewart, tested how many INMIs would occur for certain workloads. Dr. Stewart would give a group of people two different working environments. One environment required less brain power while the other environment had a workload that required more thinking. The environment that required less brain power would cause people to form INMIs while the more intense workload would have no effect. Therefore, the more challenging the activity the less likely you will form INMIs.

Symptoms of INMIs are similar to symptoms of OCD, obsessive compulsive disorder. INMIs deal with intrusive thoughts, which draws a connection to the intruding thoughts people with OCD tend to have. There was a period of time people considered symptoms of INMIs to be similar to schizotypy, which is a disorder that can result in schizophrenia. However, when people were treated with neuroleptic medicine, which is used for people who are schizophrenic there was no change in the amount of INMIs that occurred. Therefore, it is more likely that INMIs are connected to OCD rather than schizotypy. There is still a lot more research needed in order to understand how connected INMIs are to OCD.

Although INMIs can be irritating there is a simple way to stop them for occurring. The simple way of stopping them would be to keep yourself busy with an activity that requires more brain power. This could be as simple as talking to a friend, watching a movie, or reading a book. More research is to come about what types of people are more likely to acquire INMIs. Do you think there is a certain group of people who are more likely to acquire INMIs or do you believe that INMIs occur based solely on the environment and intensity of brain power?

Have you ever wondered how long term memories form? Well there have been recent studies that show certain repressor genes are being distinguished at certain times after memory formation, which helps form memories. Sometimes remembering certain memories are hard to recall. It would be great if we could remember memories for long periods of time. Remembering memories all beings with memory formation, which consists of encoding, storing, and recalling information. Specifically the storing of the memory formation uses gene regulation, which will determine the productivity of gene products.  The use of gene regulation and Therefore, in order to gain a better understanding of how long term memories are created through the help of genes the scientist, Jun Cho Et Al, has created an experiment based on the hippocampuses of mice.

Overall, the use of repressive genes could help us form long term memories. However, the problem of everything becoming long term knowledge is that we do not know how our brain will react. There is the possibility that the brain will eventually not be able to withhold all of the long term information. Do you think our brains would be able to withhold all of the information? Scientists have hypothesized that it is impossible for our brains to hold that much information and eventually our brains would turn into slop. 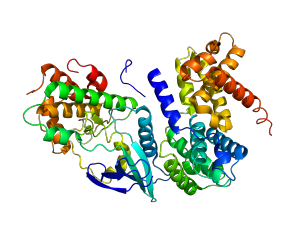