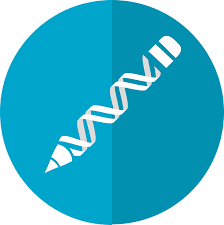 The Emerald Ash Borer does its damage as larvae. They burrow into the bark of Ash Trees to protect against the cold and in the process of this, cut off the nutrients and water the Ash Tree needs. Scientist suspect that the Emerald Ash Borer has been in North America at least ten years before it was detected. 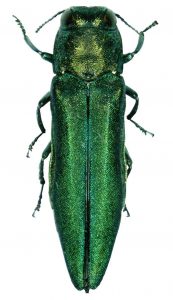 The devastating effects of the Ash Borer go far beyond losing a tree on your property or favorite hiking trail. The destruction of Ash trees could have a chain effect that leads to the endangerment of numerous plant and animal species. The removal of the canopy that the Ash Trees create leads to sunlight hitting spots of the forest floor that it previously did not. This could lead to invasive species of thickets and bushes covering the forest floor, preventing native plants from growing. Which, in turn, would lead to animals that inhabit the forest going without some of their primary food sources.

In the past, invasive insects have been fought by a combination of insecticides, awareness, and felling of infected trees. This proved fairly successful with the Asian long-horned Beetle in Chicago, but the Emerald Ash Borer presents a different set of challenges. Firstly, the Emerald Ash Borer is march harder to spot than the more distinctive Asian Asian long-horned Beetle. Secondly, it is much easier to deal with an invasive species when it is still localized. While the long-horned beetle was still mostly confined to Illinois, the Ash Borer has spread all across the Upper Midwest.

All factors considered, it may seem that there is nothing that can be done. However, with increased awareness, improved insecticides, and new containment techniques there is hope. The fate of millions of Ash Trees depend on that hope.