CRISPR is a gene editing technique that is currently still being researched and expanded upon, however, upon recent discoveries, one can note the great advantages this technology brings to the table to enhance cancer immunotherapy .  More specifically, according to the Washington University School of Medicine, “these T cell immunotherapies can’t be used if the T cells themselves are cancerous.” However, there is more to this discovery. Let’s backtrack.

What exactly is CRISPR? “CRISPR technology is a simple yet powerful tool for editing genomes. It allows researchers to easily alter DNA sequences and modify gene function. Its many potential applications include correcting genetic defects, treating and preventing the spread of diseases and improving crops. However, its promise also raises ethical concerns.” For the sake of this article, we are just focusing on the benefits it has on cancer treatment solely. Also, what exactly are T cells? They are “a type of white blood cell that is of key importance to the immune system and is at the core of adaptive immunity, the system that tailors the body’s immune response to specific pathogens. The T cells are like soldiers who search out and destroy the targeted invaders.” On the other hand, T cells can become cancerous therefore not being able to accomplish their task of destroying invaders.

How does CRISPR enhance cancer immunotherapy? Scientists at the Washington University School of Medicine engineered human T cells that can attack cancerous human T cells. Additionally, they engineered the T cells to eliminate a harmful side effect known as graft-versus-host disease. This was all thanks to CRISPR. But, how exactly did they figure this out? Were there any flaws or bumps in the road?

Well, this type of treatment cannot work if the T cells they use are cancerous. Supercharged T cells can alternatively be used to kill cancerous T cells, but the cells can also kill each other because they resemble each other closely. This is where CRISPR came in, preventing the human T cells and cancerous human T cells from killing each other. Another benefit of this is that the scientists engineered the T cells so any donors T cells can be used without the fear of not matching the person in need of the T cells.

Overall, anything to better the prevention of cancer is a scientific win in most’s book. But, CRISPR is a controversial tool. Some think it should be put to use and some do not. However, will this technology alter other aspects of the human genome besides diseases and deadly occurrences? How will this affect our ethics as a community? Will our genetics continue to increasingly become more altered? Time will only tell. 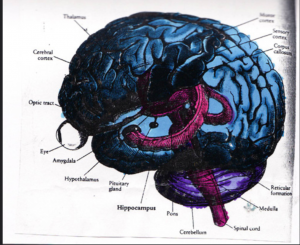 MAIT Lymphocytes: An Asset to the Future of Type 1 Diabetes 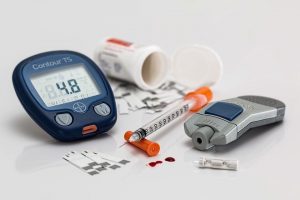 Well, let’s start with what exactly Type 1 Diabetes is. Most notably found in young children (peak ages are 4-7 and 8-10), type 1 diabetes is a chronic condition in which the pancreas produces little to no insulin. Insulin production is crucial because it allows sugar to pass through your cells, lowers the amount of sugar in your blood, and when your blood sugar drops, the pancreas secretes insulin. Can you imagine what this might feel like as a young child?

However, the detection of MAIT lymphocytes could serve as new biomarkers for early detection and prevention for the illness. If you didn’t know, MAIT cells are found in the blood, liver, lungs, and mucosa, defending against microbial activity and infection. Type 1 diabetes is a lifelong illness without a cure, therefore with this crucial discovery, I believe that this will be one of the great steps toward the findings of a potential cure. This lead can serve as an outstanding aspect to the enhancement of one’s quality of life.

Experiments have been conducted where the presence of the MAIT cells, within the data, showed a link between the MAIT cells and metabolic disorders. This paved the way for the discovery of how MAIT cells are directly linked to the destruction of pancreatic beta cells

Additionally, a functional defect in MAIT cells is linked to the modifications of the gut mucosa which is seen in type 1 diabetes patients. The team’s discovery will hopefully translate to a developmental process dedicated to searching for new strategies to treat type 1 diabetes. Overall, we now know that the MAIT cells are early biomarkers for this form of diabetes due to the changes they undergo before the presence of the disease is developed. Do you think more break-throughs will arise in this field? Will there eventually be a formal prevention for type 1 diabetes? Finally, do you think there will ever be a cure to diabetes as a whole? 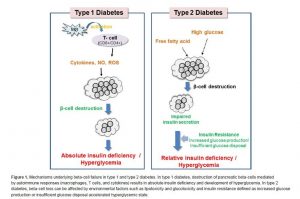