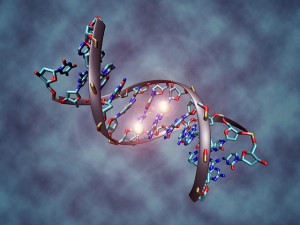 How to stick with your New Years Resolutions 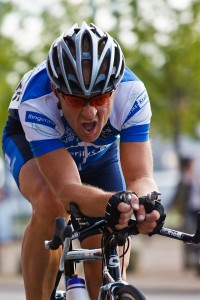 In Tracy Cutchlow’s article “How to Trick Yourself into Exercising” she talks about the difficulty of sticking to your new years resolutions.  Year after year peoplecreate resolutionsthat involve things such as consistent exercise, but they struggle to actually act on their resolution.  So Tracy spoke with a psychologist about possible techniques that would enable her to “trick herself into exercising.”  The psychologist’s technique involved a relatively simple three step procedure.  The first step is to create a “ridiculously realistic goal.”  For example, rather than say you are going to exercise everyday, start off with three days a week.  The next step involves accountability.  This could mean writing notes in your phone or putting a calendar up on the fridge to remind you about your resolution and to help you keep track of your progress.  The final, and most important step, is to create a “painful consequence.”  For Tracy this meant that if she ever failed to maintain her three days a week resolution, she would have to give $500 dollars to an organization that she “hates” (Comcast).  The purpose of the painful consequence is to essentially make breaking your resolution so unappealing that it eventually becomes a rule.  In his book How Children Succeed: Grit, Curiosity, and the Hidden Power of Character, author Paul Tough describes thegeneral science behind how creating rules for yourself is an effective method for maintaining discipline. He writes, “When you’re making rules for yourself, you’re enlisting the prefrontal cortex as your partner against the more reflexive parts of your brain. … Rules are a metacognitive substitute for willpower. By making yourself a rule (“I never eat fried dumplings”), you can sidestep the painful internal conflict between your desire for fried foods and your willful determination to resist them.”  So Tracy Cutchlow’s article provides a means through which we can create rules for ourselves and in turn, successfully adhere to our resolutions.

In his theory of Cognitive Dissonance, American psychologist Leon Festinger, hypothesizes that humans “cognize and interpret information to fit what they already believe.”  In a recent article from nautil.us, Tom Vanderbilt provides the reader with a brief summary and historiography of the various studies related to Festinger’s theory and the idea that “we see what we want to see.” 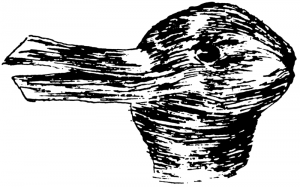 Since both of my parents are psychologists I figured, “this article should be right in my wheelhouse, right?.” I found the article interesting primarily because Vanderbilt’s collection of studies serve to confirm that our brains have a “mind of their own,” and that it is essentially impossible to observe something truly objectively. One study involving the above ambiguous image of a sort of duck/rabbit hybrid, revealed that children were more likely to see the rabbit on easter sunday, “where on other sundays they were more likely to see the duck.” A similar study, conducted by psychologists Albert Hastorf and Hadley Cantril, was based off of the footage from a highly contentious football game.  The game was Princeton v. Dartmouth 1951, and after asking students from the respective universities questions such as “Which team do you feel started the rough play,” Hastorf and Cantril, concluded that since the “responses were so biased… the data [indicates] that there is no such thing as a game existing out there in its own right which people merely observe.” The general consensus of the various, interconnected studies that Vanderbilt cites is that “in a world of ambiguity, we see what we want to see:” our environment presents us with an influx of information (too much information for us to process) so the brain simply chooses which bits of information to deal with.  In order to efficiently process all the information from our environment, the brain “fill[s] in the details, making sense out of ambiguous sensory input.”  So, the research warns us to take what we see with a grain of salt: because our biases alter even our physical, sensory perception of the world. 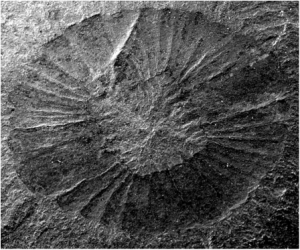 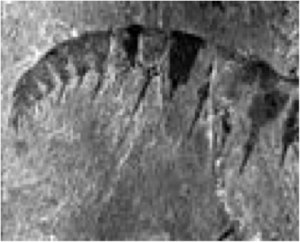