Despite the recently-approved Moderna Covid-19 vaccine’s place at the forefront of many STEM-related discussions, the fact that a Black woman played an integral role in its development is comparatively underpublicized. During a month intended to celebrate both historical and current Black trailblazers, it is of the utmost importance that the American public properly recognize Dr. Kizzmekia Corbett, who – through both her illustrious career and her contributions to the vaccine – remains a fine example of Black excellence in science. 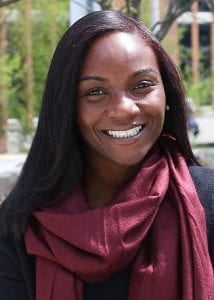 Per BlackPast, Corbett was born on January 26, 1986, in Hurdle Mills, North Carolina. Even at an early age, Corbett was considered by her mother (Rhonda Brooks) as a “sweet little, opinionated detective” due to her intellectual curiosity. While attending Hillsborough High School, she interned for numerous research labs and enrolled in ProjectSEED, a program dedicated to providing supplemental STEM courses for exemplary math and science students. During her summers off from UMBC (which she attended on a Meyerhoff scholarship), Corbett worked under the National Institute of Health alongside Dr. Barney Graham in studying the way that the respiratory syncytial virus develops in children. According to Graham, her ambition and desire for success were apparent from the start; upon his asking of what she wanted to accomplish in her life, Corbett informed him that “[she wanted his] job.” Soon after she earned her PhD and became a postdoctoral fellow of the NIH, Corbett started working on the creation of a vaccine to combat SARS and MERS, two coronavirus diseases. She and her team were responsible for identifying the spike protein of both viruses; as a result, she was asked to lead a team of scientists enlisted by Moderna to finish developing an effective mRNA-based vaccine (NOTE: Per the CDC, “mRNA vaccines contain material [from the SARS-CoV-2 virus] that gives our cells instructions for how to make a harmless protein that is unique to the virus. [Once] our cells make copies of the protein, they destroy the genetic material from the vaccine.” After recognizing that the protein is an invader, the body will create T-memory cells and B-memory cells, which are responsible for preventing re-infection). Luckily for the general public, her and her team’s efforts proved to be successful, as the Moderna vaccine has an impressively high efficacy rate.

Corbett’s road to success wasn’t always easy; due to her race and gender, she was often deprived of a voice to share her research during times when it was desperately needed. Corbett was the only woman and Black person who was invited to now-former President Trump’s conference with leading figures of the NIH (including Dr. Anthony Fauci and Graham) regarding progress on the vaccine; according to NBC, no one at the meeting asked her a single question, despite her position as the head of the aforementioned scientific team leading the vaccine’s development. This treatment is not an anomaly: despite Graham’s stressing of the fact that Corbett is the leading expert on the project, many scientists around the globe defer to, direct questions to, and even double check her work with him instead. Even more egregious is the fact that Corbett is the subject of racist and sexist cyber abuse, as shown by this tweet telling her to “go back to McDonalds where [she belongs].”

Nevertheless, Corbett has made it clear (via an interview with Black Enterprise) that she never intends to change who she is and what motivates her in order to fit the expectations of the (increasingly diverse, but still largely white) STEM community. “I am Christian,” she says. “I’m Black. I am Southern, I’m an empath. I’m feisty, sassy, and fashionable. That’s kind of how I describe myself. I would say that my role as a scientist is really about my passion and purpose for the world and for giving back to the world.” By giving back to the world in such a formative way through her research, Corbett has proven that the growing desire for diversity in science is not just an option, but a necessity. 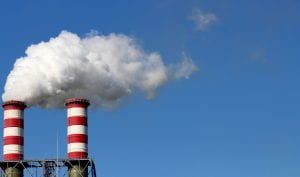 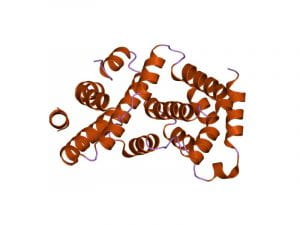