Precocious puberty, puberty that occurs earlier than usual, is affecting many little girls all over the country. In the article Puberty before age 10- a new ‘normal’, a 6 year old girl, Ainsley, is developing breasts, pubic hair, armpit hair and a few pimples. All of these aspects of puberty are commonly found in girls ages 12-14 but it is occuring in girls at age 6. 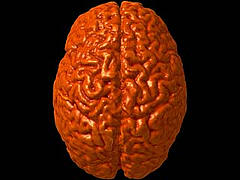 Have you ever wondered why women have more friends than men? Why men allegedly do better in math than women? Or why women aren’t in alot of science and math related fields? Finally, Dr. Louann Brizendine has uncovered this mystery for us in a scientific light; the female and the male brain are not the same. Whether it is a difference in hormones or varying sections in size of certain parts of the brain, the two brains are very distinct from each other.

The bookThe Female Brain  written by Dr. Louann Brizendine, uncovers that women have larger sections of: the anterior cingulate cortex which makes decisions, the prefrontal cortex (deals with planning and some aspects of one’s personality), the insula (or the center that processes gut feelings) and the hippocampus (the long term memory storage housein the brain). Men have smaller sections of the preceding but have a larger amygdala which is responsible for emotions.  The larger it is in a certain species corresponds with the levels of aggression. In fact when males are castrated their amygdala gets smaller by thirty percent.

Dr. Brizendine gives an example of this with mathematical and engineering occupations. Their are not many females in those two fields; many people believed that they are not smart enough to think in such a complex way. The reality is that those two occupations are very isolated and women like to be in occupations where they can interact with people more. That is why there are many more women as lawyers and journalists than men. It is a well known fact that their are more women’s magazines than men’s magazines because women seem to flock towards these areas of occupation.

Dr. Brizendine uncovers the mysteries of the Female brain in seven insightful and entertaining chapters. The chapters go through the life of a female. Each chapter goes from the birth of the female brain  to the mature female brain. This a must read for Women and Men across the globe.

If you want to hear a passage of the Female brain from Louann Brizendine:

Carbon dioxide emissions in our atmosphere are not only creating global warming but are disrupting the earth’s environmental cycle. Ice ages  occur very rarely in the earths history but it is essential to the earths environmental cycle. According to a study done at Cambridge University, University College London, the University of Florida and Norway’s University of Bergen, the high levels of carbon dioxide emissions in the atmosphere has disrupted this cycle and the next ice age is delayed to at least 1500 years

The study was conducted at Cambridge University, University College London, the University of Florida and Norway’s University of Bergen; they used rock samples and information about the variations in the earths orbit. Through research they figured out that the next ice age will not be until 1500 years. However, it will only occur in the next 1500 years if carbon dioxide emissions do not exceed 240 ppmv and we are currently at 390 ppmv. Carbon Dioxide emissions are rising not decreasing so the next ice age might be delayed longer than 1500 years if we do not reduce carbon emissions. At one point in history premature babies were at a high risk of mortality. They’re organs are not fully developed and they can get very sick easily. However, now the cute less than four pound babies have a lower risk of morality because of improvements in science and technology.  Nevertheless premature babies have a new problem to worry about. Current research at the University of Pennsylvania nursing school has confirmed that low birth weight has a strong connection with autism. This study was conducted between 1984 and 1987, 21 years, in certain counties in New Jersey. They followed 862 children from birth to young adults and found that five percent had autism spectrum disorders, the umbrella of autistic disorders like Aspergers disorder, Rett’s syndrome and Autistic disorder. Since some premature babies are not fully developed their brains might not have undergone full development in the cognitive and social parts of the brain.  Dr. Pinto-Martin warned the public that “If there is suspicion of autism or a positive screening test for ASD, parents shold seek an evaluation for an ASD. Early intervention improves long-term outcome and can help these children both at school and at home”.  What do you guys think? Is five percent of 832 children a good enough sign to say that premature babies and autism spectrum disorders have a link?

another article on premature babies and autism