A few decades ago in science fiction, there were talks of things like genetic modification in babies. This was more along the lines of creating the ‘perfect’ human, rather than using genetic modification to stop certain genetic illnesses. An example of this is in the 1997 movie, Gattaca, where we see an unmodified (genetically) person struggle to live in a world of genetically modified people. While it is fiction, it showed how being able to alter someone’s genetic flaws can go a long way. Despite, at the time, this seeming to just be science fiction, some of these concepts of gene alteration might become reality. These concepts becoming reality would all be due  to CRISPR.

Some of you might be thinking, “what is CRISPR?,” and that’s okay because before researching it I was thinking the same thing. CRISPR is a type of genetic engineering technique in molecular biology. This technique allows for the modification of genomes in a living organism. This technique is actually based off of CRISPR-Cas9 antiviral defense system, which can cut genomes. This has inspired CRISPR to contain Cas9 nuclease complexed with gRNA. This is the sent into a cell and is able to cut a cell’s genome at a certain position. This allows for specific genomes to be removed, as well as allowing new ones to be added. So in summary, CRISPR is a method of removing certain genomes of a cell, and in some cases replacing and/or adding a genome as well.

Now that CRISPR has been explained and we know what it is as well as how it works, we are now able to look at studies involving it. While CRISPR seems great and all, Heidi Ledford posted an article about how the use of CRISPR in embryos can cause some unwanted changes to the embryo. While experimenting, researches found that the use of CRISPR on an embryo can not only cause unwanted changes at the genome target site, but it can also cause changes near the genome target site. While some of you may think that the pros out-weigh the cons in this instance, geneticist Gaétan Burgio states that, “the on-target effects are more important and would be much more difficult to eliminate.” The on-target effects (negative) are so bad that it may not be worth doing even if it is to eliminate genetic diseases.  The idea that the cons outweigh stopping a genetic disease shocked me, as in our biology class we talked about genes and genetic diseases, and how even though they can be extremely rare, they can be irreversible, life changing, and in some cases fatal. This rejects the idea that the pros could out-weigh the cons, which puts a pin in this genetic modification breakthrough. 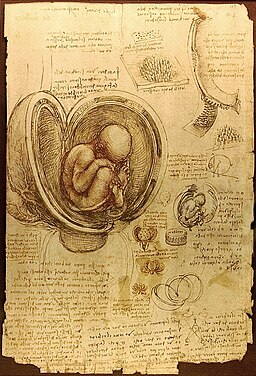 After looking at CRISPR as well as the research shown on genetic modification of embryos, I have realized how far we still are from elimination of genetic diseases. Despite issues arising in the experiment, I hope that they can put CRISPR to good work in order to stop the seemingly impermeable genetic diseases. And who knows, if we can master genetic modification with CRISPR, the ideas presented in Gattaca could soon seem like reality.

Paving The Way For Discovery: Gene Editing In Ticks