A gene editing technique by the name of CRISPR is a very important and useful tool in the scientific world of genetics. CRISPR is essentially a way for scientists to edit genes which is becoming useful in many different studies such as cancer research. CRISPR stands for Clustered Regularly Interspaced Short Palindromic Repeats. The process contains two main components: a Cas9 protein and a guide RNA. The Cas9 protein’s job is to cut DNA while the guide RNA is what recognizes what needs to be edited. Once a specific guide RNA is created for a specific part of the DNA that scientists want to edit, it is then attached to Cas9. This complex is then added to the 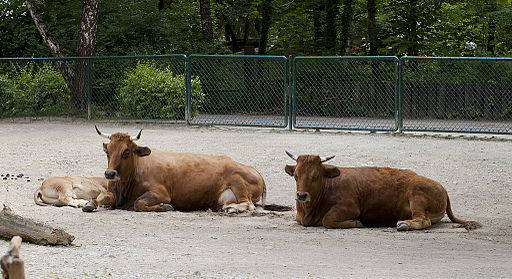 target cells where it cuts finds and cuts the matching DNA portion to then be edited. This gene editing process is not only used on human cells, but animal cells as well.

U.S. regulators have now said that certain cattle produced through CRISPR are going to be able to be raised for the production of meat. These specific cattle are called the PRLR-Slick cattle which are among a few of the CRISPR animals that are approved for food purposes. These specific cattle were the first to receive a “low-risk determination for enforcement discretion”. When looking at the specific gene editing that was done to the cattle it was very similar to the natural mutations that occur when cattle are placed in hot climates. They were therefore able to conclude that these cattle who were short-haired cattle were the same as the non edited cattle with the same hair mutation trait (caused by CRISPR). The company who produced the cattle, Acceligen, claim they produced the cattle in order to tolerate hot weather better.

Why COVID-19 Messes With Smell and Taste