How Gene-edited Strawberries are Safe and Beneficial to the Consumer

Over one-third of purchased strawberries end up getting thrown in the trash due to bruising, mold, or mushy texture. However, The J.R. Simplot Company and Plant Sciences Inc. hope to change this outcome. The pair of companies plan to modify the DNA of strawberries with the help of CRISPR-Cas9 and sell them on a commercial scale— and don’t worry! Recently published research suggests that it is safer than other alternatives.

CRISPR-Cas9 is a tool derived from the immune defense system in Streptococcus Pyogenes bacteria and is currently repurposed to edit sections of DNA sequences. CRISPR-Cas9 or the CRISPR/Cas9 system is primarily made up of the Cas9 protein, crRNA, and tracrRNA (or, more simply, guide RNA).

As we have learned in AP Biology, RNA is a single-stranded molecule crucial to the processes of coding, decoding, regulation, and expression of genes. Our initial understanding of RNA holds to be true as the human-engineered guide RNA from the CRISPR/Cas9 system dictates exactly where the protein to cuts in the sequence. After the targeted section is cut, the Cas9 protein removes the particular section of DNA. Then, Host DNA can be placed in the removed portion of the DNA sequence and elicit a desired trait in the gene. For a deeper explanation of how CRISPR-Cas9 functions, I recommend watching Paul Andersen’s YouTube video on the subject.

This is exactly how The J.R. Simplot Company and Plant Sciences Inc. plan to genetically modify the genes within the strawberry.

This technology is far more efficient than the cumbersome process of selective crop breeding. To boot, Plants modified by the CRISPR/Cas9 system were found to be nearly identical to plants bred using traditional methods. The CRISPR/Cas9 system has also been found to have been thousands of times less likely to target the wrong stretch of DNA, making it potentially much safer than alternative methods of gene editing.

In the near future, The Simplot and Plant Sciences Inc. team plan to sell the strawberries after they identify the key genomes that determine shelf life and edit the plants for ideal crops. 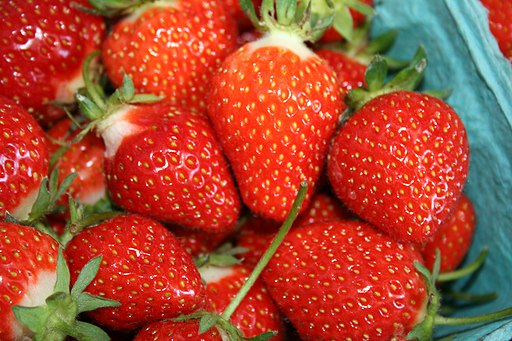 Do you think this is exciting news? Would you try a gene-edited strawberry? Why or why not?

Can Gene Edited Tomatoes Save Your Life?