Typically what comes to mind as staples of a healthy diet  for most people is an abundant amount of fruits and vegetables and while I agree with this and there seems to be nothing wrong with them on the surface…there kind of is. In fact the issue is precisely what’s on the surface. Some research done at the University of Queensland in Australia points to pesticide as a lurking contributor to one’s risk of developing chronic kidney disease (referred to in the article as “CKD”).

CKD essentially prevents the kidney’s ability to filter waste and it’s a gradual process. As it gets worse and the person suffering from CKD experiences renal failure, waste builds up to an amount that can simply not be handled by the body, and one can experience a laundry list of complications due to the illness including but not limited to irreversible damage to the kidneys, excessive fluid retention, and damage to the central nervous system. 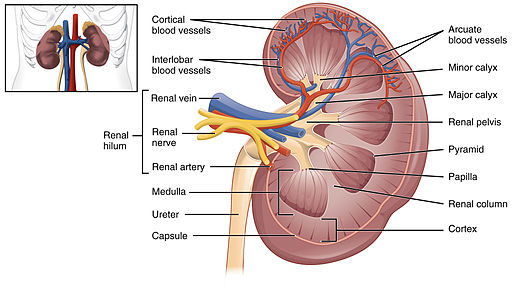 The study was observed among over 41,000 participants (41,847 to be perfectly accurate) and utilized data from the USA National Health and and Nutrition Examination Survey. The results were alarming to say the least. According to the data collected, those exposed to higher amounts of the insecticide Malathion “had 25 percent higher risk of kidney dysfunction”. Dr. Richard Osbourne, an Associate Professor at the School of Public health claims that “Nearly one in 10 people in high income countries show signs of CKD”. As one can imagine, that fraction of the population adds up rather quickly, resulting in millions of people at risk of or suffering from CKD. It seems very plausible that Malathion is the culprit, especially considering that it is quite literally designed to kill other organisms.

Dr. Osbourne also points to “environmental contamination, pesticide residues, and herbal medicines potentially containing heavy metals” as other possible contributors to this correlation between the consumption of Malathion and CKD. It seems as though ultimately the main issue is foreign particles being in our food.

Washing produce has always been important and should be an absolute must if one is to expect to get the best that they possibly can out of their food. If not, they just may have a consequence for an unwanted accessory to their vegetables. Not the most desired dressing, I’d imagine.