Protein Responsible for Increasing the Severity of COVID-19

The CDC reported that the first human COVID-19 case, originating in Wuhan, China, to enter the United States was on January 20th, 2020 via DNA samples. Present-day, COVID-19 has affected nearly three hundred million people worldwide according to the New York Times. Now, one would assume that this virus would have the same effects from person to person, yet it actually produces drastically different effects depending on the victim’s body composition. Some people “develop mild or no symptoms upon infection,” whereas others, “develop severe, life-threatening disease” (University Of Kent). But what exactly causes this alteration of symptoms from patient to patient? Well, researchers at the University of Kent have scrutinized through their resources to determine a possible source for this predominant world health issue.

As we’ve learned throughout units two and three, protein structure is pivotal for determining the protein’s function, and proteins as a whole are what viruses, for example, SARS-CoV-2, consist of on the molecular level. SARS-CoV-2 transmits itself through our body by binding its spike proteins to our healthy cell’s receptors, which then emits a signal to the cell, ultimately altering the genetic code of the cell, changing its function. One protein synthesized from our cells is called ‘CD47,’ a cellular surface protein, which, in broad terms, “tells circulating immune cells called macrophages not to eat these cells” (Stanford.edu).  Once SARS-CoV-2 cells begin to synthesize this surface protein, the cells become ‘protected’ from our immune system, enabling the cells to continuously reproduce and flood the body without any interference from the macrophage and other immune system anti-virus functions. Virus-synthesized CD47 on the surface of SARS-CoV-2 cells allows for the production of higher volume of virus, ultimately resulting in a more severe disease infection. 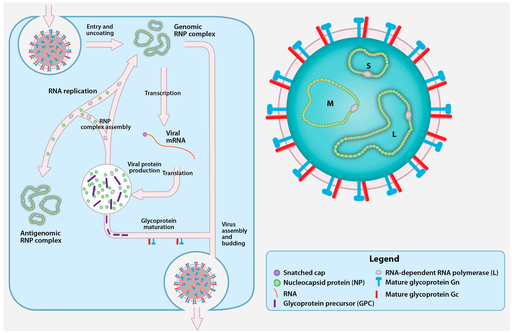 According to the researchers at the University of Kent, CD47 is far more prevalent among older people, which may provide a reasonable explanation as to why they typically exhibit severer symptoms compared to those of younger people. One condition that high levels of CD47 typically produce is high blood pressure, which forces the body to deviate by over 1o mm Hg systolic and 10 mm Hg diastolic, according to the American Heart Association. High blood pressure, specifically caused by CD47, puts people ” [at] a large risk factor for COVID-19 complications such as heart attack, stroke, and kidney disease”(University of Kent). The researcher’s data demonstrates that both age and virus-synthesized CD47 greatly contributes to more severe COVID-19 by blocking a fully functioning immune response which increases tissue and organ damage.

This finding should provoke optimism within the scientific community, understanding what causes differing symptoms-severe or less severe- is incredibly useful for combatting both the virus’s spread and severity from person to person. Hopefully, scientists will be able to further utilize CD47 research to save lives of people who are at higher risk of experiencing more severe COVID-19 symptoms.

Is A Vaccine Update On Its Way?

COVID-19 May Induces Cell That Produce Antibodies for Life