Mu Vs. Delta: Which is the Scarier SARS-CoV-2 Variant?

The Mu variant has been a term of interest in a lot of peoples conversations. This is due to the fact that it has been getting a lot of news coverage as one of the latest variants of the world wide virus SARS-CoV-2. It has been portrayed to be the next big virus ready to take over the world, but, does it have the legs to do so and how much more dangerous is it than other mutations such as the Delta variant? 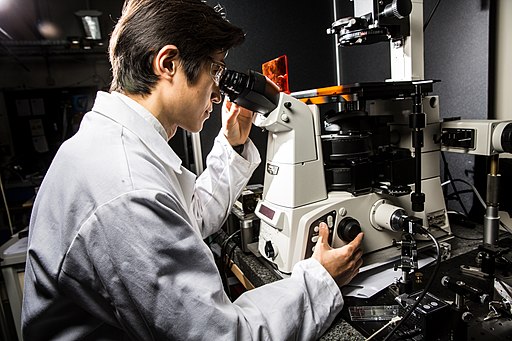 The Mu variant first popped up on January 2021 in Columbia and has spread to about 39 countries since then. Mu is very similar to the original version of the SARS-CoV-2 virus. However, where it differs is at the two mutations E484K and K417N. These are what cause Mu to be seen as a variant of the original virus. The traditional anti-bodies that would normally be able to stop SARS-CoV-2 are seemingly ineffective against Mu leading the World Health Organization to classify it as a “Variant of Interest”. This classification means that it will continue to be monitored closely to derive the best possible plan on how to contain it. The mutations of Mu give it different properties such as mutation E484K, this mutation caused a drastic change in the structure of the original Covid-19 protein and thus made it so that it is able to by pass the human immune system easier. This is seen as a big problem because studies of how the anti-bodies effect SARS-CoV-2 conducted in US and UK compared to those conducted African countries have shown that African cases seem to be severely less effective against SARS-CoV-2. Researchers believe this is due to Africa being exposed to significantly more cases with the E484K mutation. As discussed in class this sequence of numbers and letters means that in the original amino acid sequence at spot 484 there was a Glutamic Acid amino acid (which is a negatively charged), and then once the mutation occurred it then became Lysine which is positively charged. This change in properties is what causes the protein to fold differently thus causing a severe changes as to how it behaves in humans. The Mu variant seems to have been able to disregard the anti-bodies and still effect the human body. However this seems to be the reach of its dangerous mutations because as of now scientist have no reason to believe that Mu is any more transmissible than the original virus which is a good sign.

The Delta variant has been an extremely worrisome mutation for some time now with the first case being noted back in October of 2020 believing to have originated in India. The Delta variant has been one that has taken over the world recently and it seems as though the former version of Covid-19 is a thing of the past and that Delta is the new pandemic. This is due to Delta’s interesting mutation P681R. The original amino acid at place 681 was Proline which has no charge, however after the mutation occurred it became Arginine which is negatively charges causing the amino acids to behalves differently with each other and the environment. This mutation is the cause of Delta’s incredibly rapid spread throughout the world. This ability to be globally spread in months is just one of the reasons why it has also taken the lives of so many as more people are getting Delta over the initial virus now.

Ultimately, it is clear which variant has been seen as the more dangerous by the media: Delta. However, while the Delta variant is scary in it’s own right, it just seems to be a faster spreading SARS-CoV-2. Meanwhile Mu has a way to almost be a completely different virus as it spreads just as fast as the original virus (it only took 4-5 months to completely shut down the world). It is also able to completely bypass the anti-bodies if you already had Covid-19 or have the vaccine. If this virus reaches levels of spread to the likes of Delta then scientist are going to have to create a new vaccine for Mu as it is simply to dangerous to ignore. Feel free to share how you feel about all of this and let me hear your take on the more menacing variant!

ITS ALIVE!!! Scientists bring their creation to life.