This Parasite Can Change Agriculture for the Better

When parasites take control of a host, it may seem like all is lost for the unfortunate animal. However, a newly discovered parasite uses a mechanism that actually slows down plant aging, and may offer new ways to protect crops that were once threatened by diseases.

Prior to this discovery, very little was known on how this parasite functioned on both a molecular and mechanistic basis. The Hogenhout group at the John Innes Centre and collaborators published in Cell have identified a manipulation molecule produced by Phytoplasma bacteria, which hijacks the development of plants. This protein breaks down key growth regulators, which as a result causes abnormal growth.

According to an article published by FronteirsIn, phytoplasmas and their associated diseases cause severe yield loss globally. For example, Aster Yellows cause major yield losses in crops such as lettuce, carrots, and cereals. As stated in the article, “Phytoplasma diseases of vegetable crops are characterized by symptoms such as little leaves, phydolly, flower virescence, big buds, and witches’ brooms.” These effects ultimately cause the host plants to die over time. 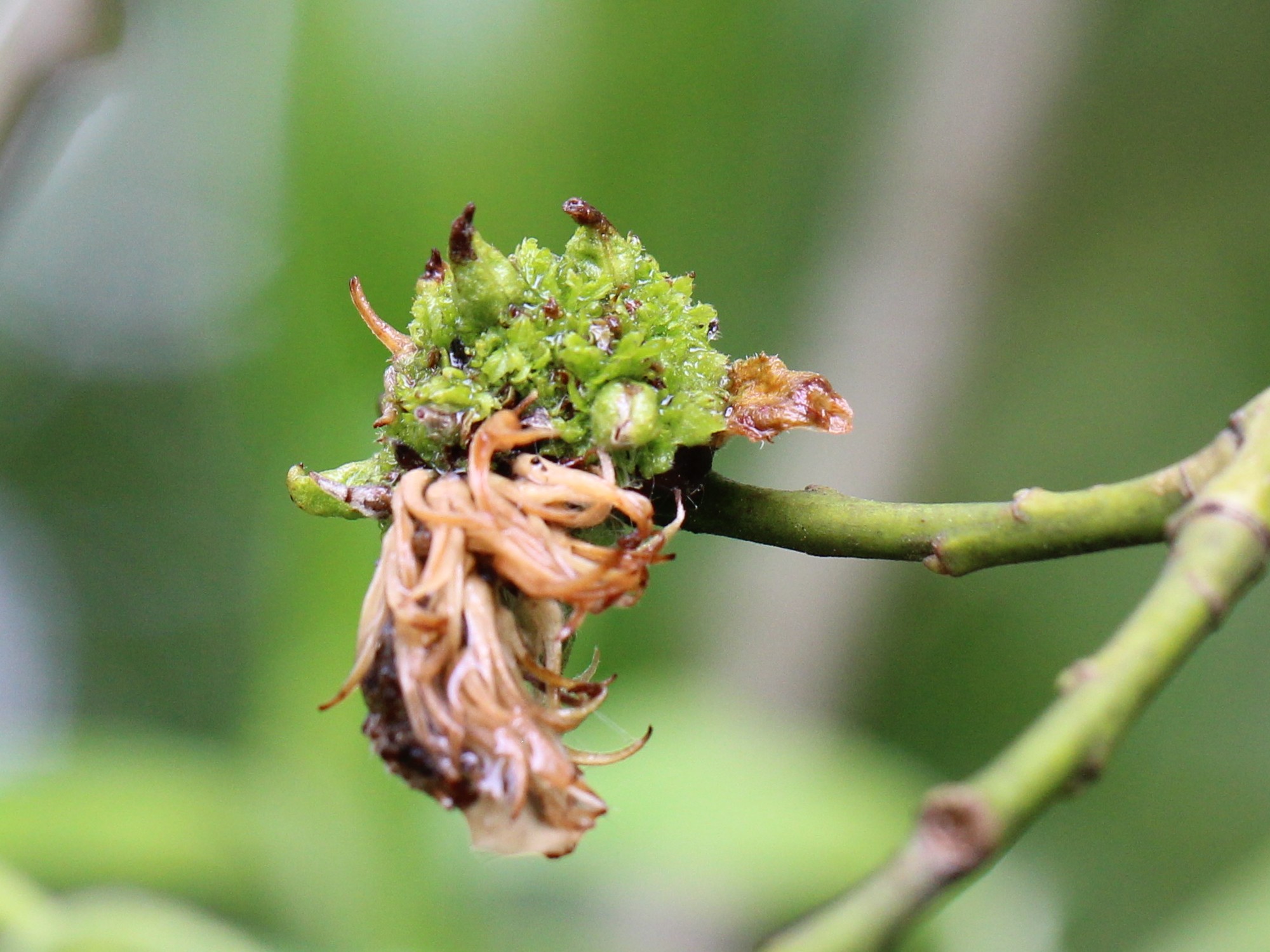 Phytoplasma Growing on a Plant

Professor Saskia Hogenhuot said that “Our findings cast new light on a molecular mechanism behind this extended phenotype in a way that could help solve a major problem for food production.” One of these findings includes the bacteria protein entitled SAP05, which manipulates the plant’s molecular structure. This manipulation targets the process of the proteasome, which breaks down obsolete proteins inside plant cells. SAP05 causes the plant proteins that are used for regulating growth and development to be thrown out. With the absence of the proteins, the plant’s development favors the bacteria, which in turn triggers vegetative growth and pauses the plant’s aging process.

Specifically, SAP05 directly binds to the plant developmental proteins and the proteasome. Proteasomes hold a very important role in the cell regarding the degradation of proteins, with Professor Gonzalez writing, “proteasomes perform crucial roles in many cellular pathways by degrading proteins to enforce quality control and regulate many cellular processes such as cell cycle progression, signal transduction, cell death, immune responses, metabolism, protein-quality control, and development.” Conversely, SAP05’s direct binding is a newly discovered method of degrading proteins, unlike the usual fashion of proteins degraded by proteasomes that are tagged with ubiquitin beforehand.

To further study SAP05, the research team wanted to see if SAP05 affects the insects that carry the bacteria plant to plant. Turns out, SAP05 does not affect the insects due to the structure of the host proteins in animals differing enough from plants. This research also enabled the team to identify the two amino acids in the proteasome that interact with SAP05. If these two amino acids in the plant proteins were switched to the amino acids found in the insect protein, they would prevent abnormal growth.

In a polypeptide chain, every amino acid is important to how the chain functions. Specifically, an amino acid’s unique side-chain gives it different characteristics, which plays a role in how the protein is structured and its function in the cell. In this case, these two amino acids from plant to insect proteins ultimately change the way SAP05 interacts with the polypeptide chain, which as a result changes the effect.

Personally, I feel that this discovery is groundbreaking since it enables countless possibilities regarding the prevention of mass yield loss. How do you think this research will be utilized in the future? Let me know in the comments!

Have We Discovered The Itchy Stitch?