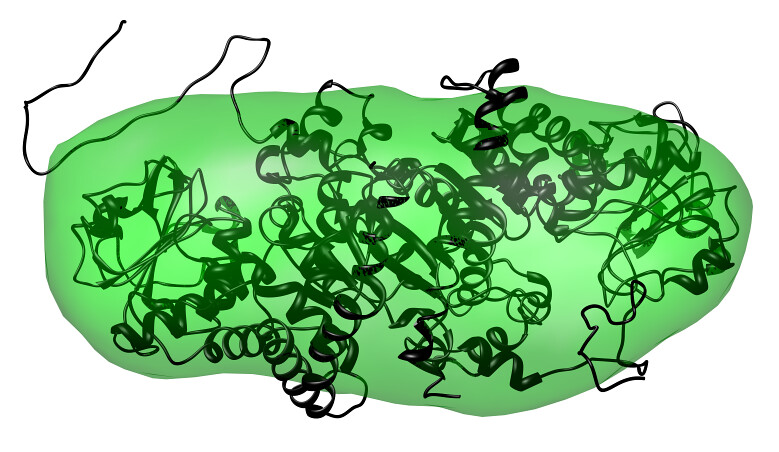 AlphaFold 2.0 is a breakthrough in this long thought impossible problem. AlphaFold, created by Deepmind, uses deep learning to predict protein’s tertiary structures. In particular, it uses an architecture of transformers, a relatively new and increasingly popular deep learning technique. Using this method AlphaFold is able to achieve remarkably accurate and detailed results, even on an atomic level.

Because of its ability to predict the structure of unknown proteins, AlphaFold can be used to determine how a single nucleotide mutation can affect the structure of a protein. Interestingly, many diseases result from an improperly folded protein, these include: Cystic Fibrosis, Alzheimer’s, and Parkinson’s. While the protein structures themselves do not often lead to the creation of new treatments, they do offer a better understanding of how the protein works. This deeper understanding can then be used to develop new therapies. Thus, AlphaFold has the potential to accelerate new treatments for many untreatable diseases at a much lower cost.

In addition to diseases resulting from misfolded proteins, AlphaFold can be used to predict the effect mutations will have on the folding of the SARS-CoV-2 spike proteins. This can help to quickly determine how a mutation will change the shape (and thus function) of the spike proteins. This makes it much easier to predict how these mutations will affect the spread and severity of the new variants and, using this info, classify the new variants.

If you want to experiment yourself with AlphaFold, a working notebook can be found here. Any PDB sequence can be queried, and the AlphaFold model will predict the structure to the best of its ability.

Smoking Can Harm More Than Just Your Lungs