Black Science Researchers Making a Difference in the Community

As seen throughout society this year, especially, Black Lives Matter Movements have gained a lot of support and attention. Not only is this movement present in everyday life, but also more specifically the science and education world. As shared in this article from Science News, many Black scientists are using their experience and knowledge to fight for diversity and equity in science, especially Deja Perkins, Raven Baxter, Brian Nord, Angeline Dukes, and Gary Hoover.

Urban Ecologist, Deja Perkins of the University of North Carolina is the president of BlackAFinStem and a co-organizer of #BlackBirdersWeek. She was inspired to act when another member of BlackAFinStem, Christian Cooper, was verbally harassed in Central Park for the color of his skin while taking part in bird watching and research. Following this incident, BlackAFinStem was created to bring awareness to Black people’s experience in the outdoors and those who have had unpleasant experiences while working in the field. Although, since the beginning of BlackAFinStem, more and more organizations have been looking to hire many members of its workshops, presentations, and development, Perkins believes that gatekeeping could become a barrier for long term change.

Another notable Black scientist is Raven Baxter. She is a science education graduate from the University of Buffalo who founded @BlackinScienceComm. She founded this in order to create a safe space for other Black scientists to share their voices and to encourage them to use their voices to advocate for justice. She mentions that one larger importance is for generations to come and in hope of alleviating that feeling of imposter syndrome, “the product of not feeling like you belong because you don’t see anybody like you in your field. So you’re doing well and you’re succeeding, but you feel like you’re an imposter because the narrative that’s been pushed for so long is that we’re not in these fields or that we don’t do well in these fields. But that’s not true.” Especially in this past year, Baxter, has successfully created a place where scientists alike can uplift others in hope of making the science field a better place.

Angelina Dukes is a Neuroscience graduate student from the University of Irvine, California who founded and resides as president of @BlackInNeuro. In her department, she was only one of two Black women, which she felt at times very segregated. With that, there were no Black Faculty members which she describes as, “emotionally and mentally draining”, so the need for a community that would understand and uplift others drove the creation of BlackInNeuro. The success of this platform allowed for many scientists to connect with each other and Dukes believes that because, “ There aren’t a lot of Black people in faculty positions. [They] have the energy and the drive to build a community and hopefully retain more of us in these fields so we can get those faculty positions.”

Overall, many scientists are working toward making not only make the science field a more inclusive place, but all society as well. These few people have created very influential platforms that have already begun to make others feel more safe and comfortable in their field and will continue to do so in the future. 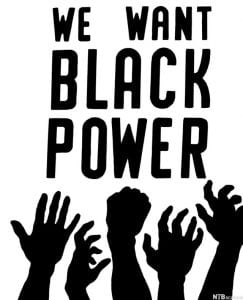