The Evolution Of The Largest Animal On Earth

How did Blue Whales get to be as big as they are today? The answer lies in the understanding of evolution and adaptation.

In the past, Baleen whales had a diet fully consisting of plankton that rose to the ocean’s surface. About 5 million years ago, Rorqual whales started to adapt more to their environments, and were able to find that “lunge feeding” was the most efficient way to obtain their food and grow. This new finding lead their diet to change from plankton to krill and small fish. Lunge feeding and upwelling exposed them to a larger availably of food, which ultimalelty caused whales to evolve and have bigger mouths. Through wind motions, upwelling was able to occur, and rich nutrients were brought up from the depths of the ocean, which stimulated “growth and reproduction.” With their bigger mouths, came their bigger bodies, but of course it is not that simple. The evolution of whales can not be fully explained without evolutionary ecology. As whales continue to grow and evolve, their DNA gradually begins to change to continue to allow the whale to survive. The DNA begins to give it different instructions based on their new adaptations.

To get a deeper look into DNA, we can look at nucleic acids. Nucleic acids are the building blocks of DNA molecules. Phosphodiester bonds connect the phosphate and sugar groups of nucleotides, monomers of nucleic acids, to make up the double helices of DNA. A whale’s DNA is quickly evolving and forces the DNA to adjust and change the functions in the whale by changing the order of the bases, adenine, guanine, cytosine, and thymine, that it is made up of.

Whales had to adapt and conquer. The ocean is filled with competition and every animal has to do what they need to survive. Specialization comes into play when there are many animals going for the same foods. Specializing on one specific prey gives the predator an advantage against other predators. Blue Whales specialized in krill, but as whales soon came to find out, krill is not an easy prey to catch. A krill’s ideal environment is a polar ocean with upwelling zones, so in order for whales to catch their food, they must be able to be mobile and quick. Their bodies have adapted to being able to move very fluidly through the ocean and catch their prey with speed and an “element of surprise.”

With environmental problems quickly rising, whales are going to face challenges. Climate change is heating up the oceans and causing a decrease in krill and plankton. Whales’ specialization is going to play a crucial role in not letting them die out. Since they have focused their evolution on eating krill, they will have to adapt to the decrease in availability. 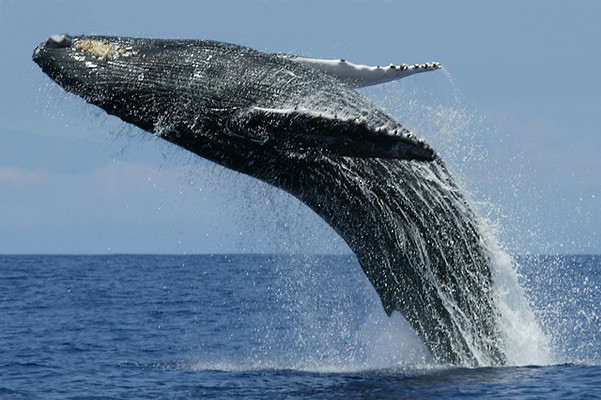 Does This Protein Trigger Alzheimer’s Disease?