Weeks before the starting of 2020, a mysterious case of pneumonia seemingly caused by a contagious virus broke in Wuhan, China. The outbreak occurred in a local fish market which sold the meat of various exotic animals. The fascinating thing about this strange case is that scientists were unable to link it to previously known about pathogens such as SARS, MERS, or influenza. The true culprit of the spreading infection remained a mystery until scientists were able to analyze the genetic code of what they believed was the virus causing the panic. 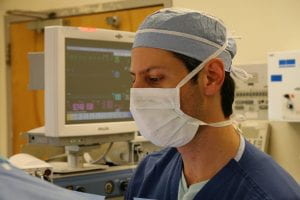 A picture of the medical masks one would see many people in China wearing on a daily basis.

On January 10th the DNA Genome of the virus was recorded and scientists were finally able to identify the virus as a pathogen known as a “coronavirus“. Coronaviruses are fairly common and spread all types of illnesses from the common cold to severe acute respiratory syndrome or SARS. China and the world at large have actually gotten pretty familiar with handling these types of diseases as a global outbreak of SARS that originated in China occurred in 2003, barely a decade before the emergence of this new coronavirus. Thanks to this SARS outbreak, which infected 8,000 people and killed nearly 800, China has since had a very cautionary culture when it comes to medical issues. It is not uncommon to see people wearing medical masks regularly in public in order to prevent contamination in the highly populated areas of China. One can assume that this culture in China has helped with the current outbreak’s speedy treatment.

As a result of the spreading of the virus in the seafood supermarket, 59 patients were brought to the hospital, seven of which were in critical condition. It is known that coronaviruses all come from animal to human transmission so it is no surprise that the virus would appear so rapidly in an area where many humans interact with many animals. Since the outbreak, this market has been closed as of January 1st to few’s surprise. However, it is sad to say that the virus has claimed the life of a 61 year old man how seemingly was weak from many other ailments from his old age. While the newfound coronavirus has been proven to be deadly, many medical professionals and The WHO (World Health Organization) say there should be no cause for great concern as the outbreak has seemingly been contained since late December and there are no true prospects of it becoming a world like epidemic like SARS in 2003. Nonetheless, this recent case of pathological disease spreading serves as a reminder of the deadly forces we must all be careful of every day.