Sarah Campbell was just beginning her assistant professorship in exercise and science at Rutgers University when she became curious about whether exercise could influence microbes in the gut. As an athlete and also having studied cholesterol metabolism and exercise and diet during her PhD and postdoc, she decided that she wanted to pursue the study of exercise and its affect on gut microbes.

Sarah Campell combined forces with microbiologists and toxicologists from Rutgers and a pathologist from Oklahoma City to create an experiment to analyze fecal samples of male mice who are fed a normal or high-fat diet for 12 weeks. Some of the mice in each group were allowed to exercise while others weren’t. The results revealed that physical activity created a unique microbiome in the guts of mice, independent of the diets of the mice. The mice that exercised hosted Faecalibacterium, Clostridium, and Aloobaculum, unlike the sedentary mice. The high-fat diet also led to inflammation in the guts of the mice who didn’t exercise, and this was not seen in the mice that ate a fatty diet and exercised. 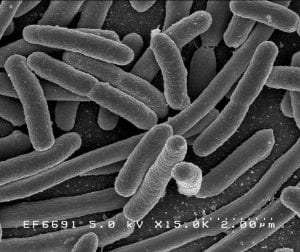 The results of this experiment reinforced findings that came out a few years before that showed how exercise prevented weight gain and altered the gut microbes in mice that became obese while eating a high-fat diet. The results of the experiment also aligned nicely with a study that found that lean, sedentary people who exercised for six weeks developed increased levels of Clostridiales, Lachnospira, Roseburia, and Faecalobacterium in their guts. In addition, the study showed how these microbes returned back to baseline levels once the individuals stopped exercising. Obese individuals who began exercising also had changes to their gut microbes; however, these changes were different than those seen in the lean individuals.

Even though the reasons for the difference in changes between the obese and lean individuals aren’t fully understood, the results clearly show how exercise can change the gut microbiota of humans, regardless of diet or body composition.