In 2016 Luisa Marcelino, research assistant professor of civil and environmental engineering at Northwestern Engineering, and Vadim Backman, Ph.D. Professor of Biomedical Engineering studied biomass of coral reefs. In doing so, their research team developed a quantitative coral bleaching response index. This database took historical statistics pertaining to mass of coral and compared it to an index of later development. By measuring the difference in the two groups of statistics, the team was able to draw conclusions on what specific species and locations were susceptible to bleaching – a phenomenon where coral expel’s its life prolonging algae. As of now, marine biologist do not have a clear response to why does thermal stress affect coral’s ability to sustain itself. 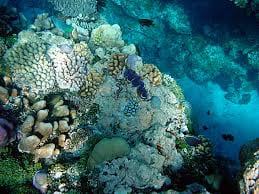 On October second of 2019 a team of researchers from the McCormick school of Engineering published a paper expanding on Marcelino and Backman’s previous work. It validates the current technology used for imaging coral since the technology was initially invented to examine carcinogenic cells in human tissue. The paper, titled “Measuring light scattering and absorption in corals with Inverse Spectroscopic Optical Coherence Tomography (ISOCT): a new tool for non-invasive monitoring,” starts by introducing the fact that the methods by which coral and Symbiodinium (life-prolonging algae within the coral) interact with one another are still unknown. It continues to state how ISOCT is a non-invasive, yet effective way to quantify living tissue in coral reefs along with their structures.

ISOCT measures the sub-micron spatial mass density distribution which helps develop estimates of the spatial directionality of light scattering (i.e. the coefficient g and chemical concentration in coral). This technology, through the same methods, can characterize chlorophyll a concentration in skeletal structures of coral as well. By being able to compartmentalize different types of coral and measuring their individual success rates, researchers can then find correlational data and conclude which species and locations are in need of biomedical support against thermal stress. Characterizing their differences is a crucial part because it will also help scientists hypothesize and eventually discover in what way Symbiodinium and coral interact. 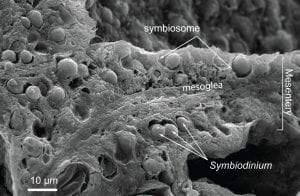 In the same way that biologists are not currently knowledgable about the relationship between the algae coral secretes under sub-optimal environmental conditions and the coral reef itself, they are also not certain about the ways in which escalated temperatures affect the physiology of coral. Once both of these occurrences are studied further it is believed that newly gathered information could give rise to new ways to protect coral reefs as well as new ways to harness solar energy.